Oh, and about the crowd at the Murder City Devils

I meant to comment about this last month but forgot. After the Murder City Devils shows, I read later on music forums, particularly The Stranger's Line Out, how people thought the crowd was aggressive or lame. But man, I was up front or around the front most of the time (er... when I wasn't buying drinks) and everyone was laughing, singing along, and dancing--I loved the energy. Sure there was a little bit of slam dancing, crowd surfing and bodies pushing together, but that's to be expected. And it wasn't overly violent or happening that much. Frankly, I welcome the crowd dancing, moving and bumping into each other a bit, rather than get pissed off by it. I've been to too many shows at places like The Showbox and Neumos where the crowd is way too passive or full of themselves to let loose and have a little fun. It's nice to see people still really get into the music and rock the fuck out to it. Check this crowd out from that night, does it look out of hand? 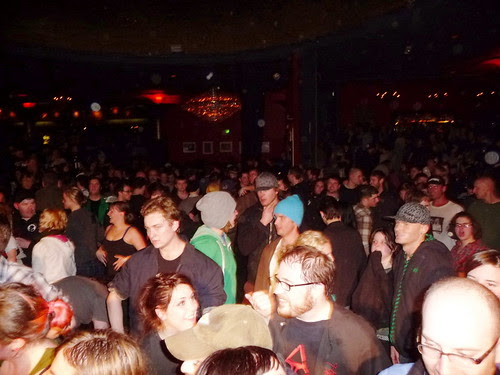 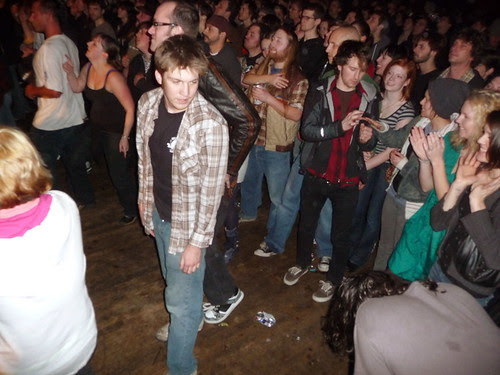 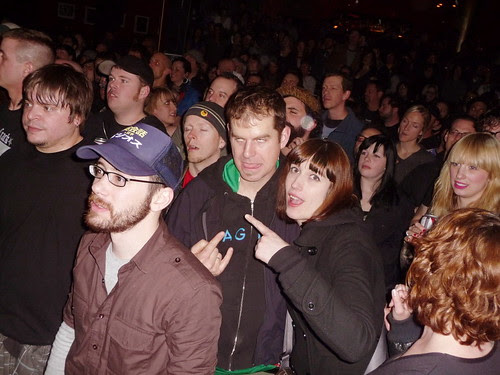 Yeah, I've been in scary crowds and I thought that one was great. Everyone was just stoked to be there and was screaming along.