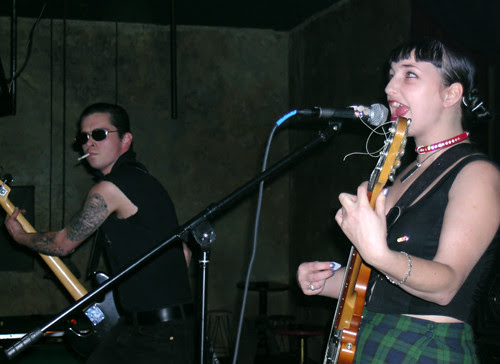 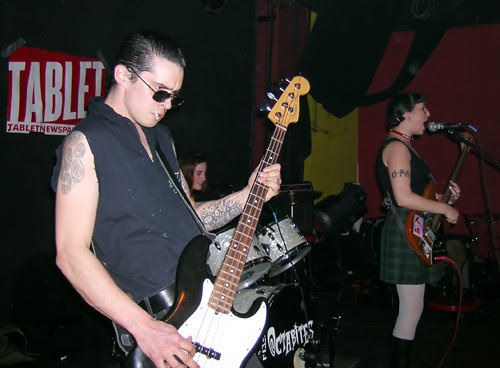 2003-2004 seemed to be the peak for Seattle-based surfy punk band The Octabites. They put out a self-released CD, played a lot of local shows and got a bit of a buzz going for them. The band featured Lea Nichols on guitar and vocals, Henry Leinonen on bass, and Aimee Tubbs on drums and backing vocals. Their music was somewhat unique, the played a mix of surf, punk and psychobilly, in the vein of X and Deadbolt. But what really set The Octabites apart was Lea's voice and singing style, she could go from pissed of screaming to powerful high notes on a dime, her vocal range was much more than you'd expect from a punk rock singer. She also had somewhat crazy antics on and off stage that were always entertaining. The band still has a MySpace page up here with a few songs, but they haven't been around for a couple of years, if I had to guess I'd say their last show was in 2005. Here are a couple songs off their self-released CD:

Sold My Soul
Wake Up and Dream
Burning Sand

Photos by Amy Halligan. If anyone from the band isn't into me making a few songs available, just let me know.

Email ThisBlogThis!Share to TwitterShare to FacebookShare to Pinterest
Labels: Lea Nichols, The Octabites