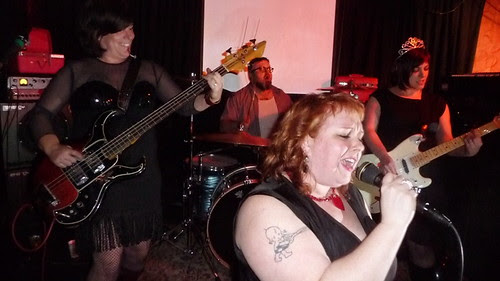 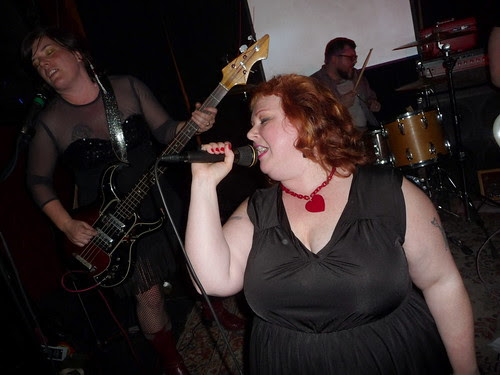 Vandemonium was formed in 1999 by a bunch of women who had no idea how to play music, but felt inspired by bands like Bikini Kill and Bratmobile and united by their love of vans. For four years they rocked around Seattle, most notably playing some kick ass Pho Bang shows. Recently the band started practicing again and this past weekend played a reunion show for guitarist Beth's 40th birthday. I'm not sure if they are going to do any more shows, but they were totally fun Friday night. Hear a few songs on their MySpace page.

Email ThisBlogThis!Share to TwitterShare to FacebookShare to Pinterest
Labels: Vandemonium

Where was this show played?

At the Rendezvous, in the Grotto/basement level. You can rent it for $150 and get a sound person and bartender for the lower bar. But it isn't a big space.