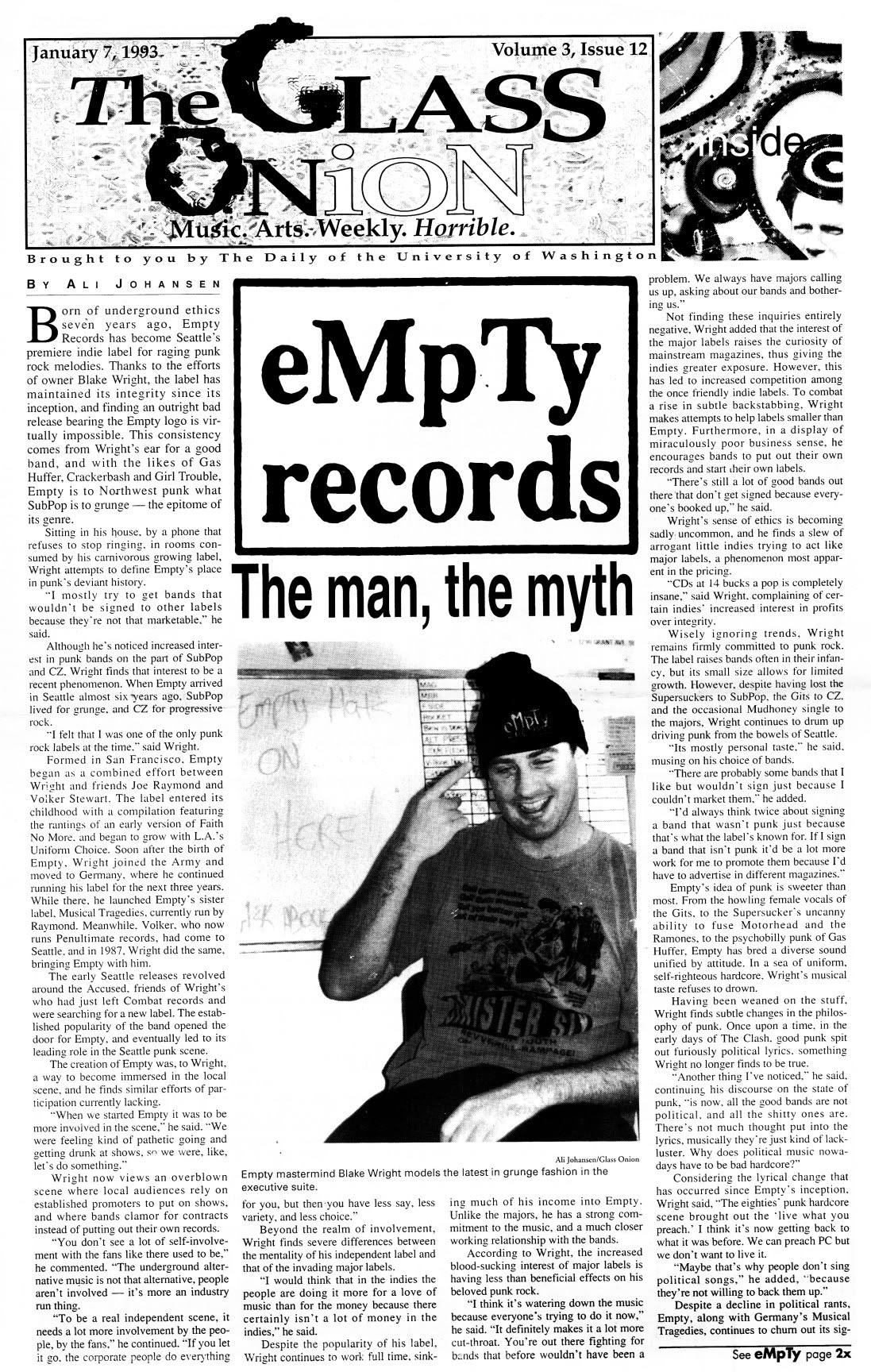 This is a great historical artifact. It brought me back to my teen years. Whatever happened to eMpTy? The last I heard from them, they were getting sued by Musical Tragedies, and I never heard how that turned out. Did that lawsuit shut them down?

They settled the suit and became Empty Records USA. Blake moved to Portland and continued the label, but recently decided to call it quits. He's got more info on his website about it: http://www.emptyrecords.com. Empty was my favorite Northwest label, Blake put out a ton of releases I still love to this day!