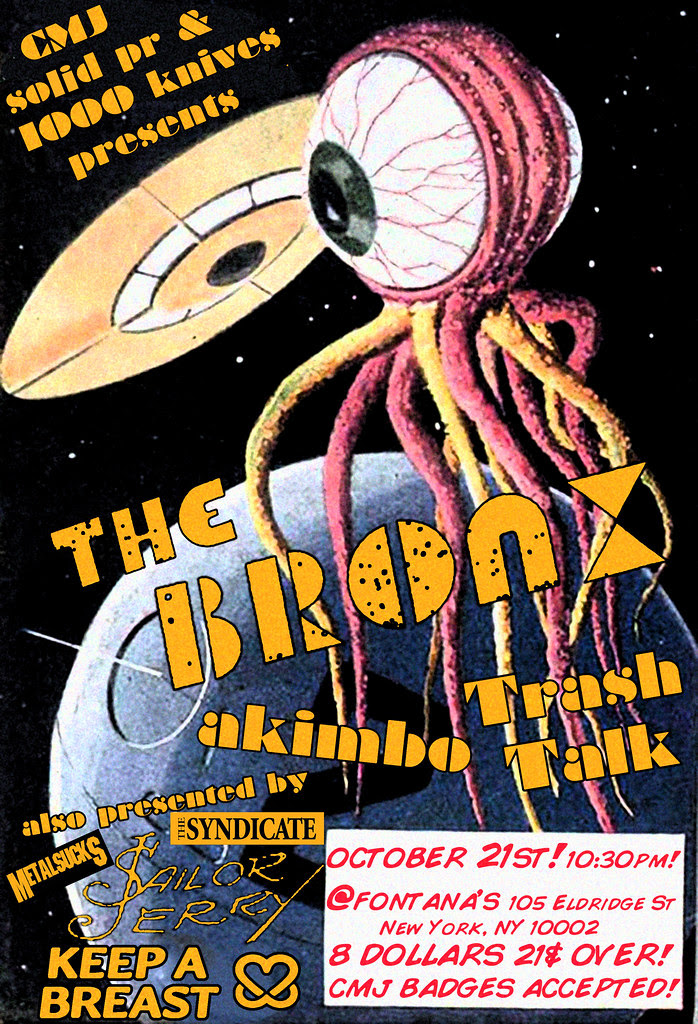 Next week The Bronx will be playing CMJ with Seattle's Akimbo, I'd love to see that show! The Bronx will release their third album in less than a month, on November 11th. This week they released the first song from the album to the press as a preview, check out "Young Bloods" here. It's not totally rocking my world yet after two listens, but it's a good song, and dare I say, it has a bit of an Against Me! feel to it.