Seattle's Born Anchors seem to be getting a lot of hype these days. When you write about music you can tell what bands are getting THE PUSH by the amount of mail and email you get from labels and promotional companies about a band. From a music fan's perspective, most of you miss this entire aspect of behind the scenes promotion, from the phone calls and press packs, to the constant nagging from PR companies. I think the PR firm barrage often pays off and might be worth it for a band trying to break bigger when they release an album, but there is also something sorta false about it. Because the reason why a band is getting a lot of press attention isn't necessarily because of how good their music or live performance is.

With Born Anchors, it's gotten them on KNDD and KEXP and great press in local publications, including Megan Seling from The Stranger saying “Born Anchors are the most exciting rock band in Seattle right now…” That kind of promo blitz tends to actually work the opposite of how it's supposed to with people like me. When a band is getting too much hype, I ignore them, or at least I realize they sure don't need me to cover them, the mainstream local press is already doing that quite well. So if you want to see what the hype is about, you can check out Born Anchors at the Capitol Hill Block Party... and try not to fall asleep during their set.

My "job," and that of the underground press, is hopefully at least occasionally focusing your attention on the things not getting written about in the mainstream. It's about giving press to less touched-on subjects. In my case, that means pulling together histories and photos of Northwest bands, labels and places that are somewhat or fully forgotten. There is a lot of Northwest and punk rock history that isn't well documented on the Web that's still important, even if just to me. I also try to shine the spotlight on what I see as brilliant, but often press-neglected bands, currently rocking local stages and basements. So, instead of following the hype, I want to focus your attention on another Northwest "Anchor" band...

Anchor Down from Portland, Oregon: 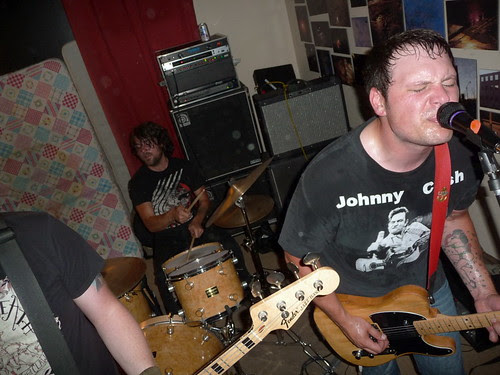 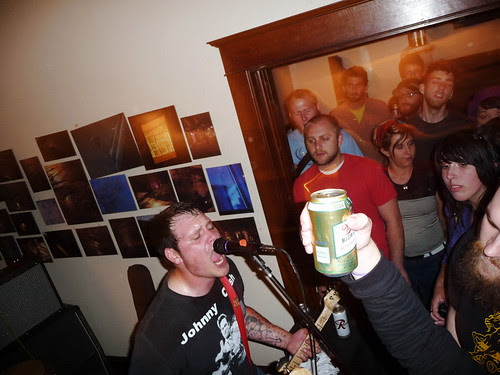 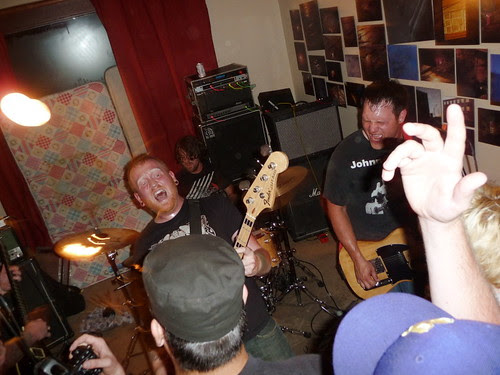 Anchor Down have been labeled entirely too much with the "pop punk" tag, which I find even lazier than my music writing. Their sound is more melodic punk with balls. They kind of have a Monsula crossed with Bouncing Souls feel to them, with sometimes gruff vocals, layered melodic guitars, super catchy songs and occasional sing-a-long choruses. This is comfort food for people like me that grew up listening to '90s melodic punk. They have a new 6-song EP out entitled "Steel to Dust" I picked up when I saw them a few weeks ago. It's excellent, plus they sold me the CD and a t-shirt for $10, pretty much unheard of low prices in today's world. You can catch a few of their songs over here.

Anchor Down is currently on tour, they will be playing Seattle next August 26th at The Morgue with locals Success and Texas bands The Anchor and O Pioneers. Two Anchor bands for the price of one!

Email ThisBlogThis!Share to TwitterShare to FacebookShare to Pinterest
Labels: Anchor Down, Portland

do you have a folower i want to join your blog