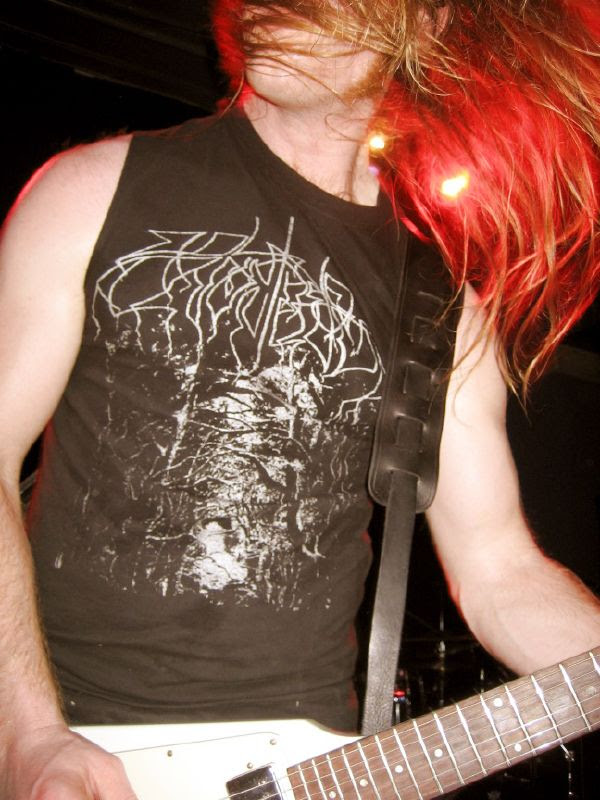 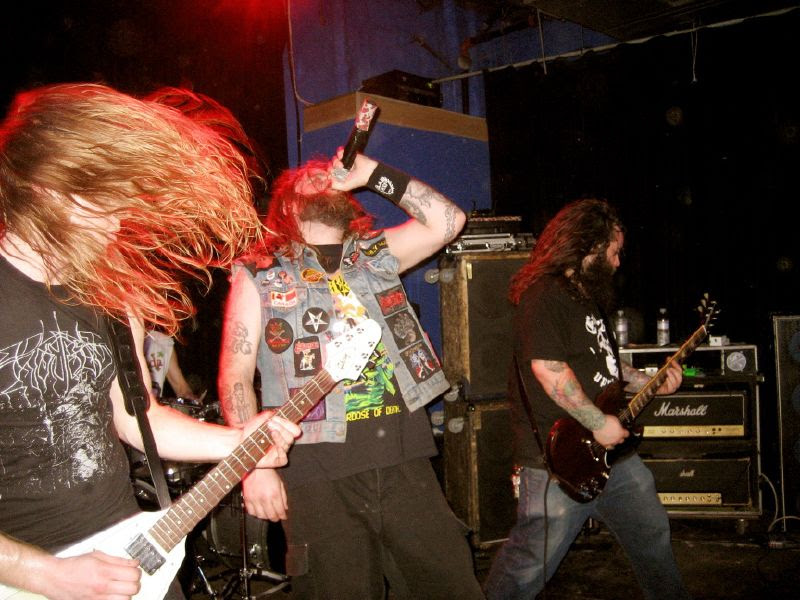 In last week's post about 3 Inches of Blood I left some doubt as to how their live show would be after a few band member changes, including their high screamer Jamie Hooper having to rest his voice for a few years on doctor's orders to avoid permanent vocal chord damage (singing metal truly is brutal!). Guitarist Justin Hagberg filled in more than adequately live and new drummer Ash Pearson seemed to be a good fit (in November their last drummer got in a fight with Saxon drummer Nigel Glockler and was fired from the band). The band was tight, they owned the stage and the crowd, and they played a great entertaining set at King Cobra last Thursday.

"got in a fight with the drummer from saxon' good lord, the original drummer? beating up on the elderly is expulsion worthy!

No shit. I just looked up all the details. Nigel Glockler has been Saxon's drummer off and on since 1981... so he's gotta be in his late '40s at least. Apparently the drummer from 3 Inches of Blood was drunk, stumbled into a Saxon party at rock festival, hit on the guy's girlfriend, got in a fight the guy, punched his glasses into his eye, then got beat up by security. There's a big string of comments about it on Blabbermouth:
http://www.roadrunnerrecords.com/blabbermouth.net/news.aspx?mode=Article&newsitemID=84676

shit those guys seemed old in 81 when i first heard them, thanks for the link.