Do You Remember Rock'n'Roll Radio? 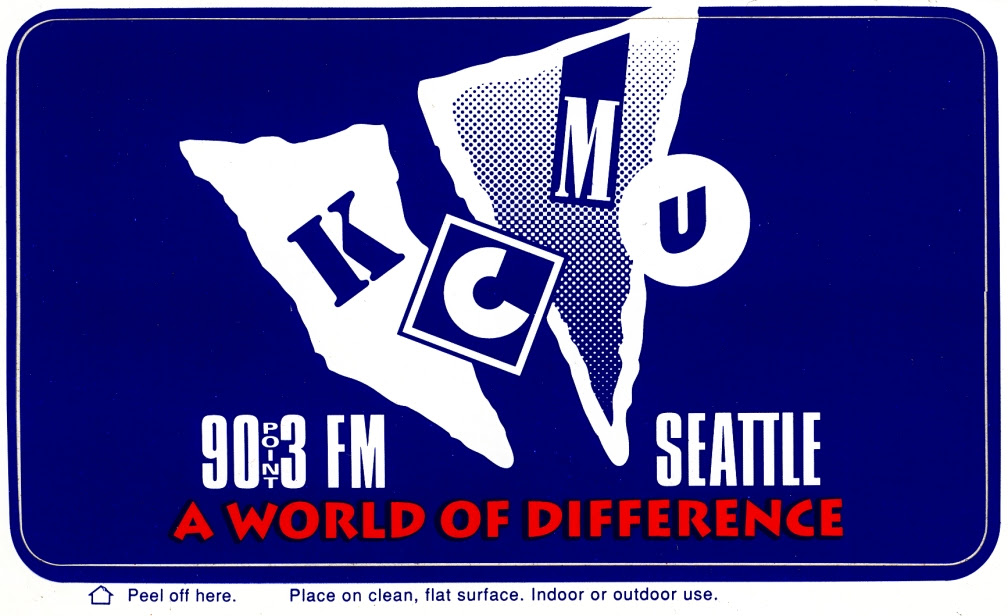 Do you remember lying in bed with your covers pulled up over your head?
Radio playin' so one can see.
We need change, we need it fast, before rock's just part of the past.
'cause lately it all sounds the same to me.

You know, it's funny to read the lyrics of The Ramones' "Do You Remember Rock'n'Roll Radio?" and realize they were fondly remembering the rock radio of the '50s and '60s. But that's what punk was trying to recapture, the fast rockin' two minute songs of Chuck Berry, Jerry Lee Lewis and Buddy Holley, but roughed up around the edges. Me... I'm an '80s kid. The radio stations I fondly remember from growing up are represented above. KJET I've mentioned before, in the early to mid '80s they played the best alternative and punk music in Seattle. From the 1972 through 2001 KCMU, the University of Washington's college station, also played it's fair share of alternative and local music. After a big donation from Paul Allen in 2001, the station moved off-campus down to Allen's Experience Music Project and adapted it's name, KEXP... from there it definitely stepped up it's programming to be much more commercial, yet still has managed to maintain it's local roots (and added punk programming!).

too wavey for my tastes but i did once hear stormtroopers of death on there.

Yeah, KJET was definitely mostly a new wave/college radio kind of station. I dug that shit in the early '80s and was just starting to listen to some punk. But, like The End, they'd occasionally throw on a punk song. I remember hearing Dead Kennedys, Sex Pistols, Black Flag, Bad Brains, Suicidal Tendencies, X, the Avengers and quite a few others. They also ran shows on the history of punk, the history of CDGBs and other stuff that I loved as a kid and turned me on to a bunch of bands. Somewhere in my crap I have a tape of some of that stuff. There's a guy that is streaming old KJET broadcasts I want to hook up with those recordings if I can find 'em.