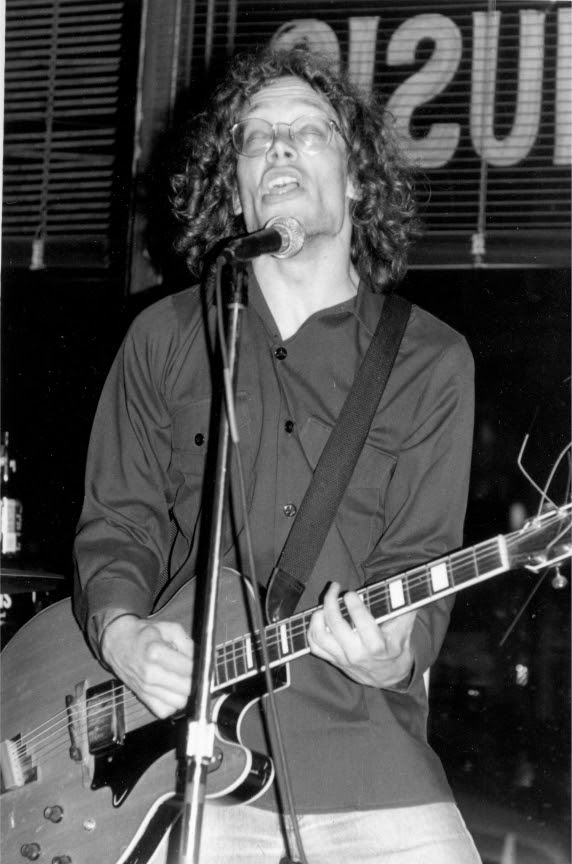 Seattle-based band The Pulses have often flown pretty low under the radar in the local music scene. In part because they've pretty much bucked every trend and charted their own path, which has weaved through art punk, garage rock and post-punk. They actually have quite a few releases and live shows under their belt, but they've never seemed to actually play out regularly. I think it gives some extra mysterious flare to the band.

The Pulses began in New York in 1995 as a four-piece who all attended the same college, but it wasn't until 1999 when the band moved to Seattle, added ex-Fallouts Shannon Mcconnell, and stuck with a line-up as a three piece that things really clicked for them. This photo is from one of their early Seattle shows at Gibsons, taken by Bob Kondrak. The band has recorded with the likes of Jack Endino, Zack Static and Johnny Sangster, all big names in the garage and independent music world, and they have a couple of great CDs out on Dirtnap you should seek out.

Email ThisBlogThis!Share to TwitterShare to FacebookShare to Pinterest
Labels: The Pulses

up dates are fun!

the pulese broke up a few years ago when jesse moved out of town.

both shannon & dave the drummer spent some time playing in the intelligence.

dave has a new band called the broken knives who are playing their first show soon.
http://www.myspace.com/thebrokenknives