British writer, drunk and blowhard Everett True gets a lot of praise from those outside Seattle for making "The Seattle Sound" or "Grunge" famous. I always laughed at that shit because it was the bands and fans of Seattle that made it famous. Sure, True gave the scene some British press, but he was a bit of a Johnny come lately in 1989 when he started covering our music scene for Melody Maker. Case in point with the article below from a 1988 issue of Puncture, a SF music magazine, that did a lead feature about the emerging Northwest rock scene a full year before True came to town. They call Mudhoney grunge in this article... which may have been one of the first uses of the word to describe a Seattle band. But by 1988 the bands coming out of Seattle were definitely already noticed nationally, from Green River, Soundgarden and Mudhoney, to other Washington bands like The Screaming Trees, Girl Trouble and Melvins. Pretty much anything coming out on Sub Pop was getting bought up instantly nation-wide, but labels like K also had a lot of fans even outside of Washington. This article is a pretty good read if you're into NW rock history or want to see how things felt back in 1988 when the whole music scene that got famous was in it's early years... (click on the pix for full size) 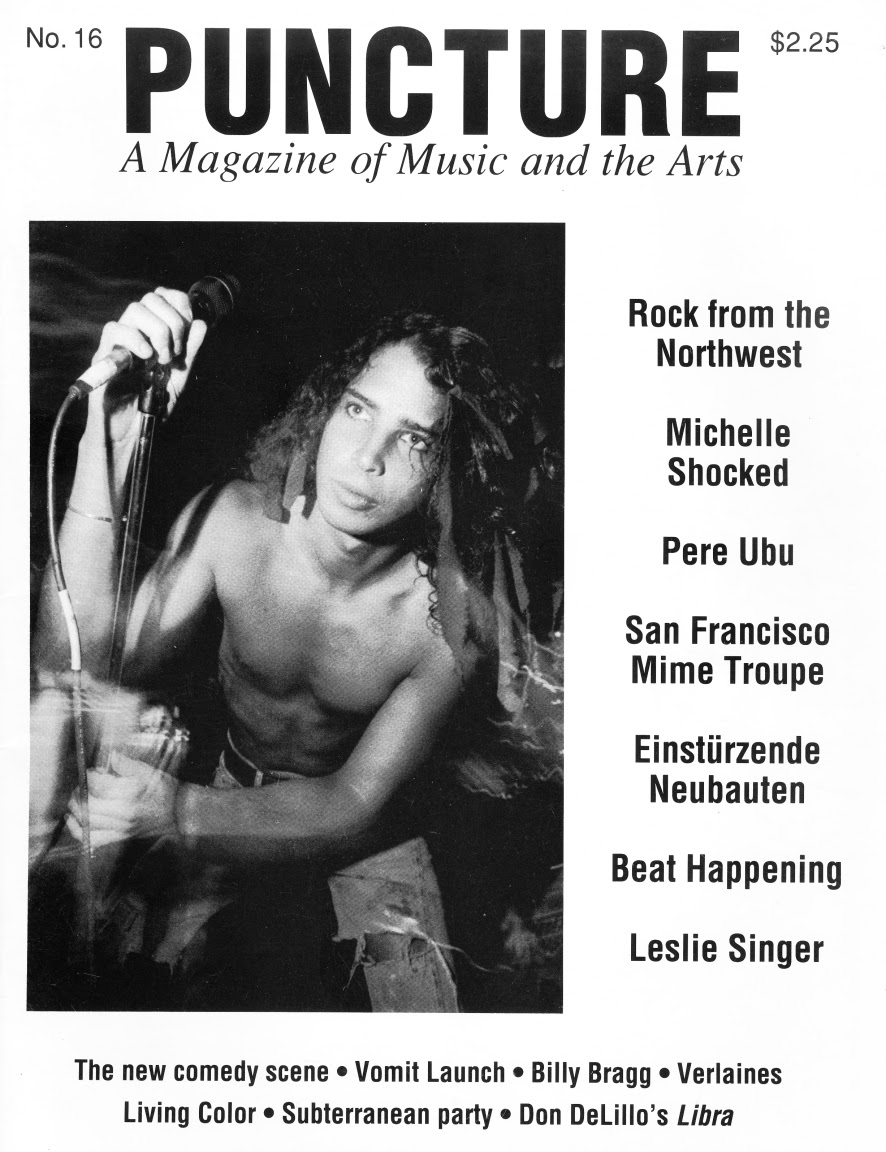 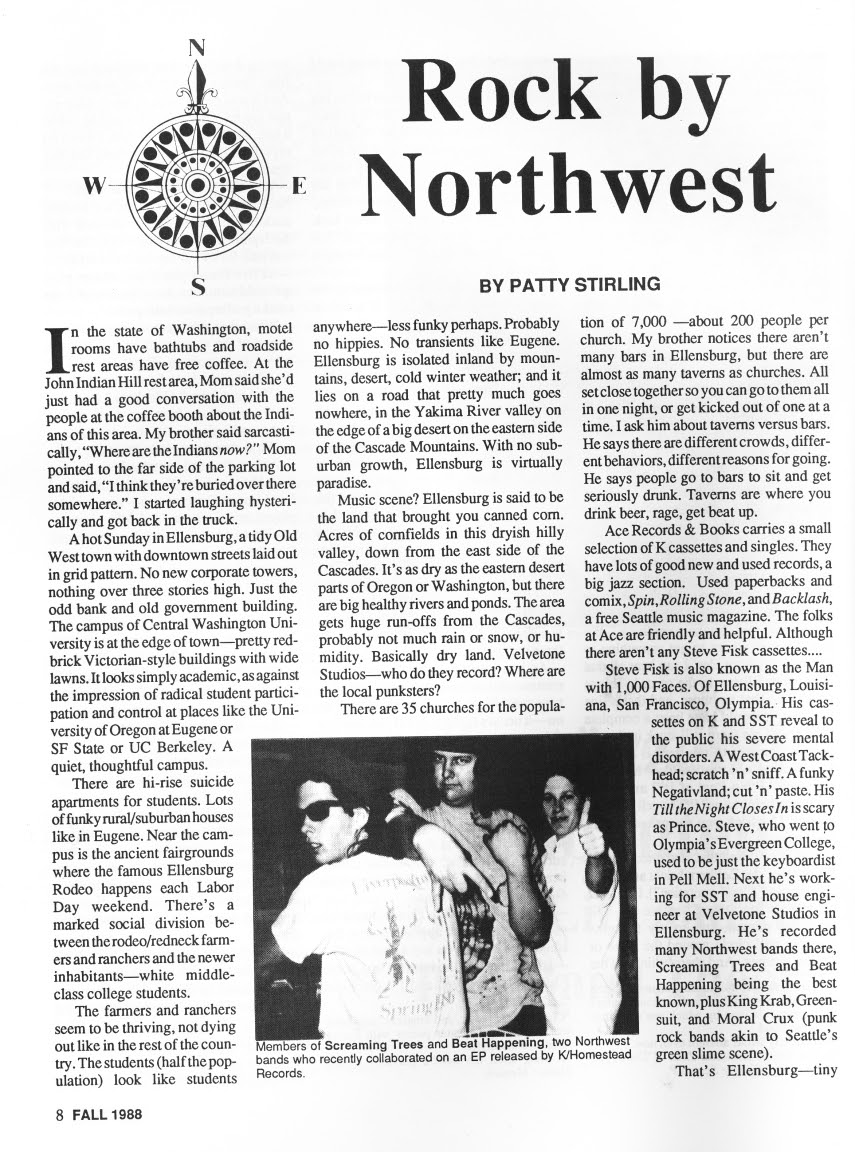 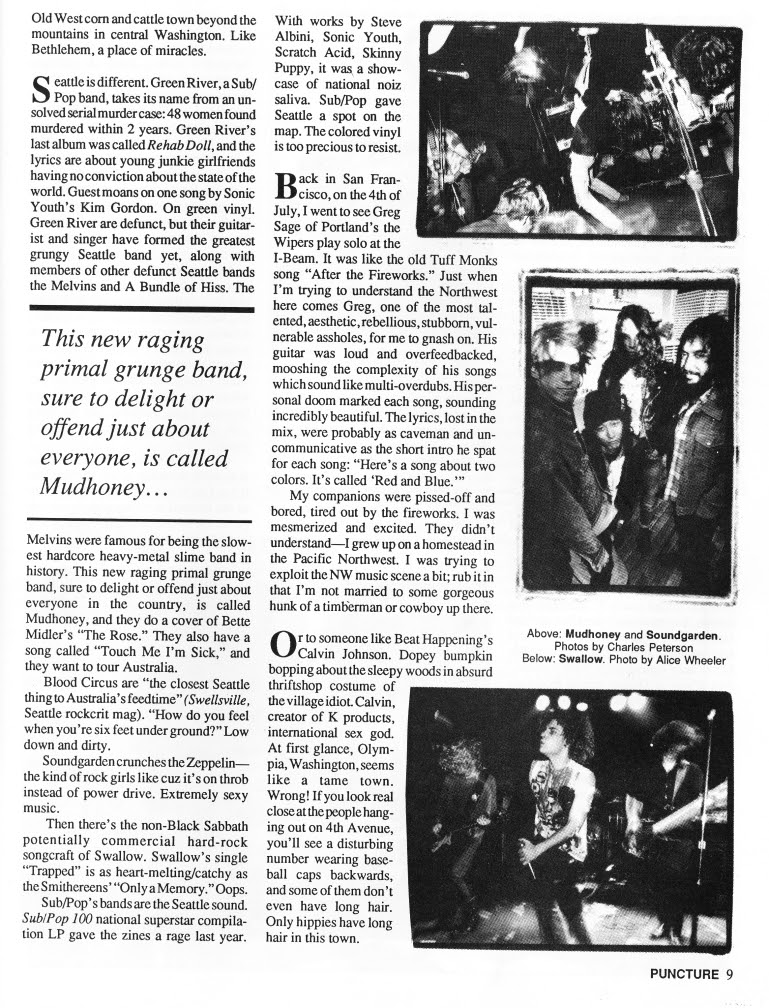 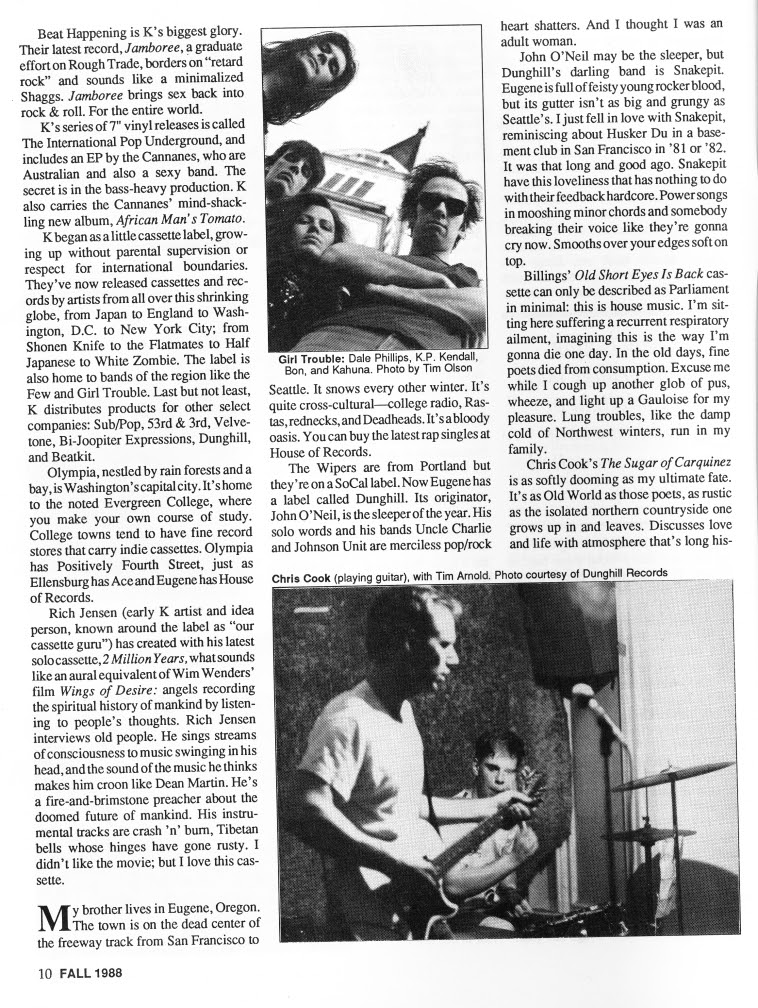 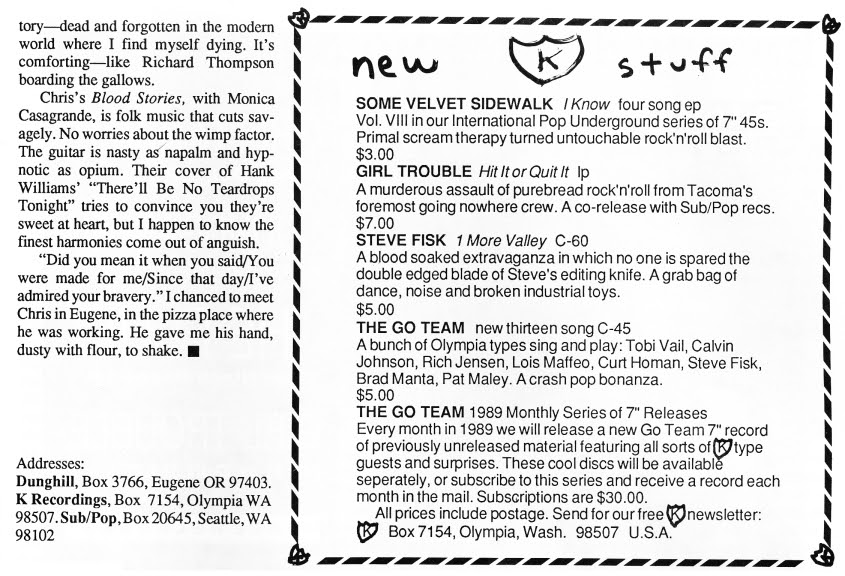 i love this blog! this article you printed is AWESOME! i'm a big Northwest rock history nerd...so this was RIGHT up my alley! i was wondering if you knew if there was a copy of Everett Trues' article that is so widely credited, too much in my opinion as well! i'd like to know what he actually WROTE in the article, i've only heard people talk about it in interviews. i've done web searches on it, but i never come across it! just wondering if you knew...thanks!

Thanks! Melody Maker folded in 2000 and doesn't seem to be archived electronically (I have access to alot of library databases and checked). If I can dig up some old print versions I'll scan his articles in. I actually think they are photocopied in some of the press packs I have for Nirvana and Soundgarden from the mid-90s.