Living Past Lives in the present 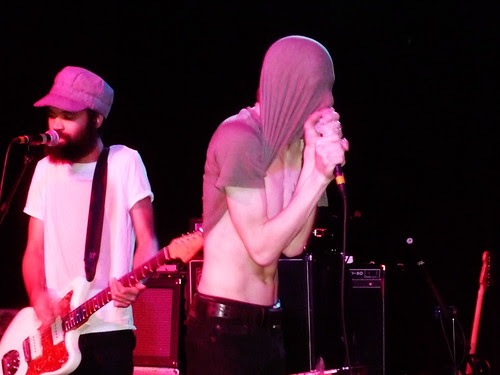 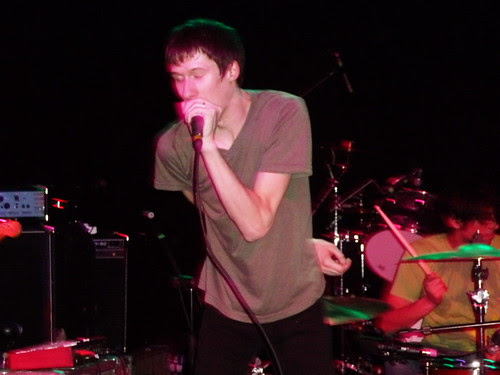 After the Blood Brothers ended, ex-BB members Jordan Billie, Mark Henderson, Mark Gajadhar, and Devin Welch moved in a less abrasive direction and formed Past Lives. They've got an EP out on Suicide Squeeze and there is a talk of an album this Fall. In the meantime, they seem to play about once ever two months in Seattle as an opener for pretty big shows. I still think a lot of people don't know who they are locally, or they know them as my co-worker does... "Oh, you mean those waaaay to skinny guys that opened up for Murder City Devils?" Expect more from them in the future. If you wanna here some tunes, roll over to their MySpace page. I shot these photos at that aforementioned Murder City Devils show.

Email ThisBlogThis!Share to TwitterShare to FacebookShare to Pinterest
Labels: Past Lives