The Avengers show photos and review 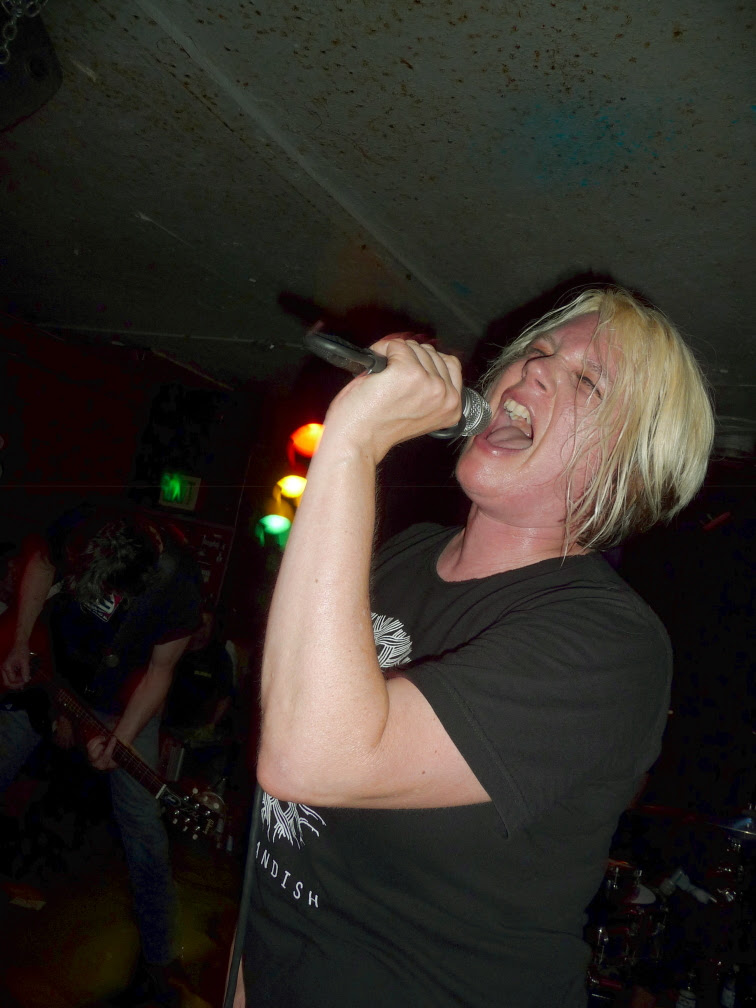 The Avengers show turned out to be totally awesome. It can be pretty hit and miss going to see punk reunion shows or punk bands that are gettin' on in age, it's usually either great or a total let down. Thankfully, this was one of those great shows, probably the best show I've been to this year. I missed the Paul Collins Beat, but from what I heard, they were excellent. I did catch Pansy Division and they were totally on it. I actually thought they had broken up years ago, but I guess not, they blasted out fun, fast pop punk and had the whole audience dancing. I recognized a bunch of their songs from when they were popular about a decade ago. 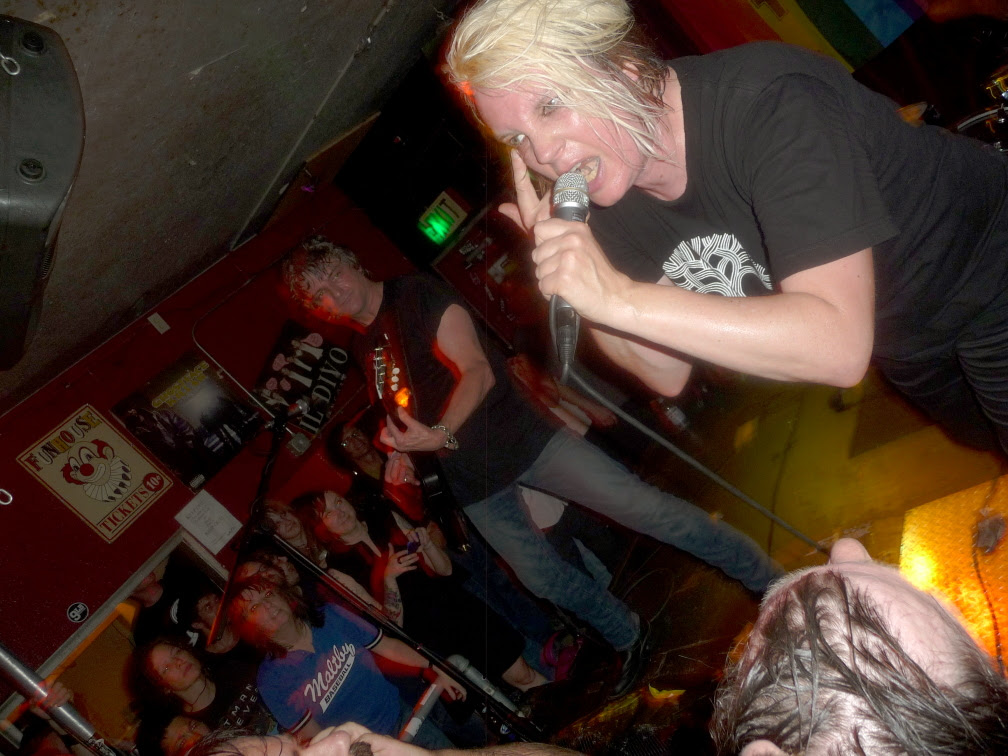 By the time The Avengers were setting up, Funhouse was packed. I mean really packed, they even opened up the back parking lot and had it fenced in for crowd overflow. The old punks were out in full force! I spotted Kurt and Kim from the Fastbaks, Alan Milman who put out a pretty obscure early punk 7" with the band the Alan Milman Sect (but most people locally know him as a grouchy record store owner), and tons of gray hair and people from old bands. For the first time in a decade, I felt young at a punk show! Needless to say, it was sweaty and hot inside. The Avengers sounded great. Penelope Houston has had quite a solo career, so her voice was still super strong. With a 40 minute set and one encore, the band played about every song off their one studio LP and couple singles, even including their covers of Money and Pain It Black (the latter was excellent). My only complaint would be the two kids trying to look like Suicidal Psychos in the pit that were pushing and shoving so much that they hit me off guard and my beer bottle bammed into my nose gashing it and making me bleed. But talking with Penelope Houston after they played, she said, "Cool, you bled for our band!" Ha ha ha. Penelope was super nice, hanging out for 30 minutes after the set talking with people and posing for photos. What a great night! I definitely recommend catching The Avengers if you get a chance. I have a feeling it will be just a handful of shows and then that's it. It was a rare opportunity to see a band I loved growing up and they more than lived up to my expectations live. One final pic with me and Penelope Houston: 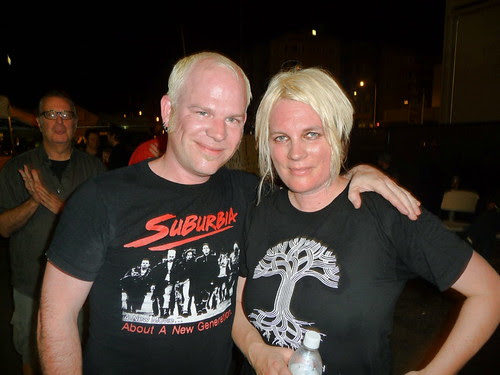 On sorta a side note, there were a couple local band guys pretty fucked up and acting like hipster jerks to other people, along with snorting coke in the bathroom like it was the fucking Cha Cha. During The Avenger's set when they broke into "Thin White Line" and I looked over to see one of them nodding along all fucked up and thought, oh the irony, I wonder if they even know the lyrics.

It really was an amizing show. Their songs sounded just as fresh today as they did 30 years ago plus Penelope's lyrics are still just as topical now as when she first wrote them. That say's a whole lot, right there.