Glenn Beck a murderer and rapist? 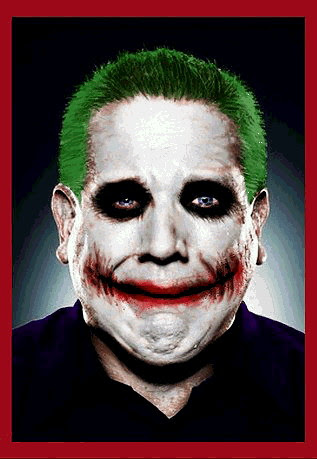 I love debate, but often fear that in today's world, the skills of satire, sarcasm and wit are disappearing. Extremists on the left and right aren't subtle, don't lay out a well thought out and logical argument, they just shout back and forth with innaccurate insults, swearing, and other ridiculousness. Are Americans to stupid to understand and laugh at satire these days? It indeed does seem so. Take the internet rumors that popped up recently about conservative talking head Glenn Beck. I don't expect everyone to know who Beck is, I don't think I heard of him until the last few months, but these days he seems to be everywhere. The media seems to love covering their dullest knife, their darkest star. Beck's specialty, beyond lying and falsely labeling people as things they are not, seems to be putting forth a negative, and then asking people to disprove it. It's a familiar tactic of Right Wingers, remember when they singled out actors and writers as communist and asked them to defend themselves from the accusations? Beck does this shit all the time.

Anyone remember The Flying Spaghetti Monster? It was a great satirical campaign against the Kansas City School Board that decided the theory of Intelligent Design should be taught alongside Evolution in schools. Some parents of students in Kansas came up with a satirical campaign to mock the ridiculous ruling of the school board to support teaching a wacko religious belief in school, by similarly requesting their alternative belief in a Flying Spaghetti Monster be taught. It got a lot more press and debate going about the ridiculous school board decision catering towards religon than a regular protest ever would have. And it was a great example of how powerful satire can be.

Which brings us to glennbeckrapedandmurderedayounggirlin1990.com and a growing grass roots web movement across Twitter, Facebook, blogs and news websites to bring up rumors that Glenn Beck raped and murdered a young girl in 1990. Using Beck's exact tactics against him, hundreds of people are mentioning how they've heard this awful rumor and Beck must stand up, address it, and disprove it. Sounds a little like The Birthers and the debate over Obama's birth certificate, doesn't it? You bet it does! Now, the rumors about Beck may seem a little over the top, but that's exactly what you need to do to execute good satire. If it was too subtle, the joke wouldn't be obvious enough (and it's apparently not obvious enough to a bunch of moronic Conservative bloggers who don't get that it's satire). Plus, Beck has a record of falsely accusing people of some pretty horrible things, including calling our President a racist. In this case, you reap what you sow. Beck's approach is being used against him, only more brilliantly in my opinion, satire of bad behavior is always better than the bad behavior it mocks. And it's working! The rumors are spreading, and sadly many slow-minded Conservatives just aren't getting that it's satire... which makes it all that more funny.

I can't wait to see if Glenn Beck addresses the allegations. All Beck has to do to put these blatant lies to rest is to show us his criminal record, but he continues to hide behind and army of lawyers, even 19 years later :)

The local twist? The city of Mount Vernon is giving Beck the key to the city. He's from there originally and sorta famous all of a sudden, so the Mayor of Mount Vernon wants to capitalize on that fame and get some media attention for Mount Vernon. It seems, however, the people of Mount Vernon aren't too happy with the Mayor's decision. There will be a counter-protest on September 26th when the ceremony is slated to take place. It would be heeeelarious if people showed up with signs mimicking the Birther's signs about Obama needing to prove he was born in the US saying Beck needs to prove he isn't a murderer. I would totally encourage that show of disrespect for Beck!

why is glenn beck spending millions to hide his police record?

Haha, great post. I can only hope this achieves more traction and possibly gets noticed by the mainstream, as Beck's particular brand of bile is especially disgusting as far as public discourse is concerned.

Side-story: My girlfriend and I were going to Victoria for the long weekend and made the last-minute decision to stay the night somewhere closer to Anacortes so we wouldn't have to wake up at 4am. We were looking at staying in Mount Vernon when I stumbled upon the whole "key to the city" fiasco and we decided we'd rather stay in some rat-hole in Anacortes instead.

if you google "glenn beck" the third result is about this. we can get this up to number one!

I'm sorry that you seem to need to make up a story about Glenn Beck. Why is there such uproar about him if for the fact that what is telling us is true? I know I'm checking them out just like I'm checking out this rumor. Sorry all this has come to dislike and discord among many of us who live in the USA where at the moment we still have free speech. Just speak the truth and do not start rumors. If there is a rumor going around about one person it’s just not good to start another rumor about the opposing person. Let’s be bigger than that. Thanks for letting me have this talk with you all.

your concern is noted dutch

Dutch, I'm clearly not making up a story, you have poor reading comprehension skills. My article is about the lack of people who understand satire, irony, parody and sarcasm in today's world. The Beck "controversy" is only one example of that. That website is clearly a satire of the Birther movement and Beck's own tactics, it's making fun of right wing nut job websites and says so right there on the main page.

Yet somehow right wingers don't get that it's satire, even when they are told it is. Similarly, somehow you think it's my story and something I made up, when I was more commenting on the story and how right wingers react to it (which I think is funny).

I sincerely hope you are going to all the blogs writing about Obama being racist, Marxist, not being a US citizen, etc. and similarly criticizing them for making up stories. Those are the people starting false rumors, the Beck controversy website is a reaction to them, let me say this again, it's simply a parody of what the right wing nutjob websites are doing. What the right wingers are doing is awful and unethical, but making fun of their methodology and approach is clever and funny, at least in my eyes.

I wanted to add that no one has accused Glenn Beck of anything, what's funny is they are asking Glenn Beck to prove he did not rape and murder a woman in 1990, and while they say they don't think he did, they are are troubled by his unwillingness to address the issue. That's funny shit right there, especially if you've heard Beck use the exact same tactic again and again. Since it's 9/11 today, I'll share a bit of Beck's wisdom with you about the 9/11 survivors:

"It took me about a year to start hating the 9/11 victims' families. Took me about a year. And I had such compassion for them, and I really wanted to help them, and I was behind, you know, "Let's give them money, let's get started." All of this stuff ... And when I see a 9/11 victim family on television, or whatever, I'm just like, "Oh shut up!" I'm so sick of them because they're always complaining." --Glenn Beck 9/5/05

It has now been almost two weeks since the questions about Glenn Beck's alleged involvement in the brutal rape and murder of a young girl in 1990 began circulating. So far, the only response of any kind has been from Glenn Beck's lawyers who are trying to get the http://didglennbeckrapeandmurderayounggirlin1990.com/ website shut down. Rather than addressing the allegations and confronting this issue, Glenn Beck is trying to silence debate and bury any discussion of his alleged glennbecking of the young girl in 1990.

I listen to Glenn on the radio and his TV show and he does not spin false rumors.

What is really sickening is that our Country is going bankrupt, people are losing jobs, the government is taking liberty after liberty and some people still seek to split down the lines of republican and democrat, when, in fact, Glenn is neither.

Glenn Beck absolutely lies and spreads false rumors, it's been proven again and again. You can't just label someone a racist, especially our President like Beck did, without any concrete proof. Well you can, but it obviously has repercussions and makes people question Beck's character. Especially along with all these rumors about his violent past that have surfaced!

The current financial disaster happened under George W. Bush. He gave us the largest and most expensive Federal Government to date, got us into two wars we couldn't pay for, the Patriot Act, blocking stem cell research, and oversaw the collapse of our economy. Yes, Obama has had to spend a lot of money to save the economy, but he was handed this mess and a trillion dollar deficit by the Republicans. It will take years to clean up Bush's mess and doing so isn't going to be pretty. Our economy is already way more healthy than it was at the end of the Bush presidency and we've stopped torture, lifted the ban on stem cell research funding, are closing Gitmo, and are drawing down our troops in Iraq. I'm not losing any liberty under Obama, that happened under Bush, so I'm confused on what you are talking about.

Glenn Beck claims to be a Libertarian, but many Libertarians consider him a disgrace to their party. And I'm sure all these rumors about him raping and murdering a young girl in 1990 aren't helping Libertarians embrace the Beckester. If Glenn Beck would just address the rumors through some sort of statement and showing us his police record, it would have a lot more credibility than hiring a team of lawyers and trying to silence the rumors behind the scenes. What's Glenn Beck hiding? And who is he kidding anyway? Everyone now knows about the rumors. You can't get them to go away by lawyering up. He needs to man up and address them.

Great post, Dan! Well said. Here's hoping the bloggers at The Stranger will do something to help mobilize a large group of people who question Beck's lies and sins of omission during the lead-up to his (groan) appearance in Mount Vernon to accept the key to the city. You're certainly doing your part.

wow, thats great dan!
you got right wing trolls to cut and paste generic beckfences on yer site.
i do wanna thank you for taking the time to answer them w/ a rational response.

scarlett, what SPECIFIC liberties have you lost since obama has been in office? i bet you cant name a single one.