I started off Friday night meeting up with friends at hipster hole the Cha Cha. I make fun of the Cha Cha, but I actually like drinking there, it's dark and has a zillion things to look at (beyond people watching). It was actually a bit of an older less hipster crowd that night, probably because other folks were getting their drink on pre-Jesus Lizard there as well. When my friends I were primed and ready we headed over Neumos. We just missed Black Elk, who I think are good, but nothing special. I ran into Suze right off the bat that used to shoot photos for 10 Things (and Flipside) back in the day. She'd flown in from LA for the show because she thought the LA show was so awesome, plus they wouldn't let photographers bring in real cameras there, and you could at Neumos. The club was full, but not at capacity, which was actually really nice. I'm sure the $25 ticket price (really $32 if you bought them at Rudy's like I did or $36 online) was a deterrent for a lot of people, people on the NW Punk Board mentioned they just couldn't afford it. 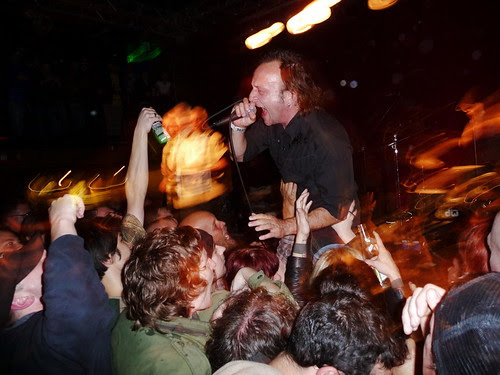 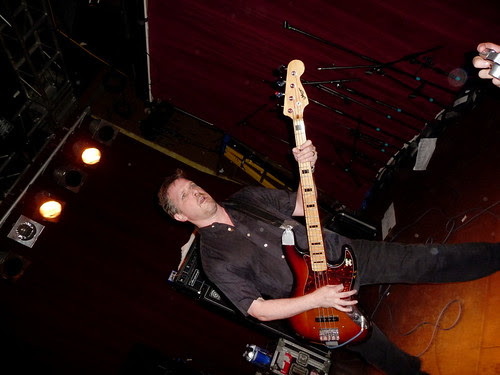 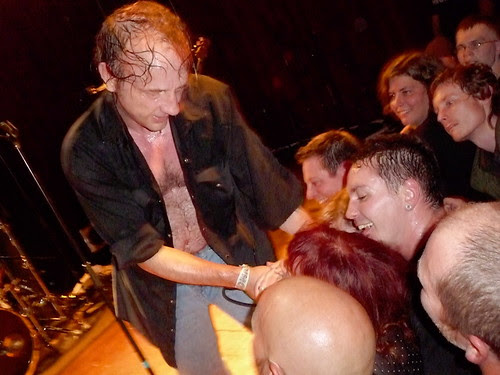 Within the first 10 seconds of the first song, David Yow was stage diving into the crowd. Awesome. It was a sign of things to come, as the band cranked through material, Yow spend plenty of time out in the crowd, either bouncing off the people at the front of the stage as they propped him up or riding around crowd surfing above the audience. Hell, he crowd surfed all the way from the stage to the back of the venue, a good 300 feet, then back to the stage while somehow still singing into the mic. 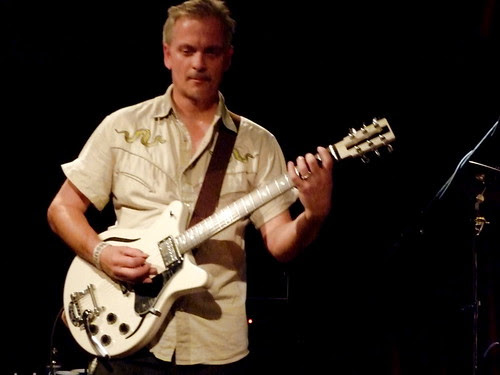 There's this great dichotomy in the Jesus Lizard with a very wild, loose performance by Yow that borders on totally out of control and the rest of the band, who plays really tight precise notes and rhythms and seemingly never miss a beat. I think some people don't get that about the Jesus Lizard, because even at 49, Yow is a complete wildman on stage. And people get the impression the whole band is pretty loose--one of my friends that had never seen them before said he was surprised how loose they were after the show. But they aren't really, while Yow's larger-than-life performance is loose, the rest of the band is fucking tight. I read somewhere that Steve Albini said in recording them that they were one of the tightest bands he'd ever worked with.

Anyway, The Jesus Lizard were fucking on it Friday night. It's like they never signed with Capitol Records in 1995 and put out those mediocre records and had the turmoil that led to their break up on 1999. It was as if we were teleported back to The Jesus Lizard of the early 1990s, only the gray hair gave away the 15 years time that had passed. The crowd ate it up, there was a large pit of sweaty bodies pounding against each other the whole show, stopping to reach up their arms to carry and support Yow occasionally as he tumbled over their heads. Great show! 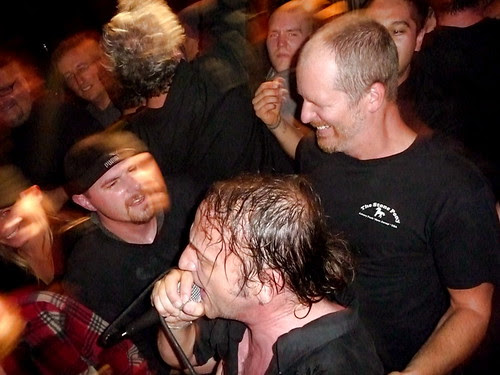