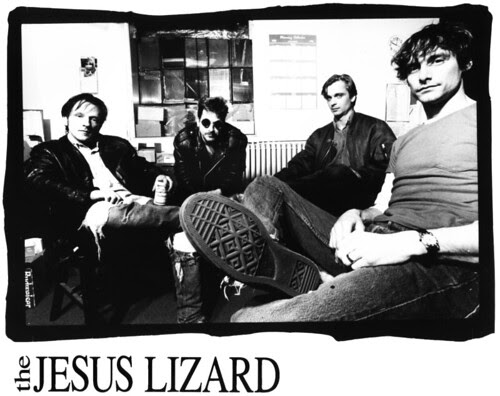 I just couldn't bring myself to buy a ticket to the Capitol Hill Block Party to see The Jesus Lizard this Summer. I hate rock'n'roll outside, the sound is always bad, there is usually a higher stage and more distance between the band and the crowd, and outdoor live performances never have the same energy as that inside a dark, stuffy club packed with people and booze flowing. And let's face it, The Jesus Lizard are meant to be playing a packed club of fans, not some big festival that's equally represented with the bridge and tunnel crowd trying to get their rock on and hipster kids that don't know who the fuck David Yow is. Plus, by the time the Block Party was coming up, the rumor was already floating around the music scene that a full tour in clubs would come in October.

So the rumors were true and October has brought a nationwide Jesus Lizard tour. And tonight, Seattle, one of the most fun, heavy, fucked up bands of the '90s will once again play your town, in as close to a setting as they played the last time I saw them, maybe a dozen years ago--at Neumo's. Bring it Mr. Yow, I expect the show of the month from you, I know people flying in from LA just to see this show, you better not disappoint tonight!

Email ThisBlogThis!Share to TwitterShare to FacebookShare to Pinterest
Labels: The Jesus Lizard