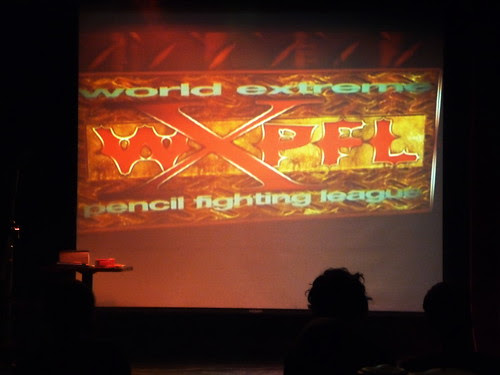 It seems while those crazy cats of the Seattle Semi-Pro Wrestling League take a break from their main gig (the city is trying to stop their gig by calling it a sport and making them get an insanely expensive insurance policy, when they clearly do underground theater), they are branching out. The World Extreme Pencil Fighting Championships are a brainchild of Rat City Rollergirls announcer (and Bloodhag member) Jake Stratton and local stand-up comedian Owen Straw. Re-envisioning the pencil fighting game many of us played as kids, they've incorporated a number of SSP wrestling personalities and Rollerderby personnel, and have come with a pretty funny fairly improvisational comedy night centered around World Extreme Pencil Fighting. I attended the second one a few weeks ago at the Rendezvous' Jewel Box Theater and it was a riot. These pictures give a little taste, you should definitely look out for the next event! 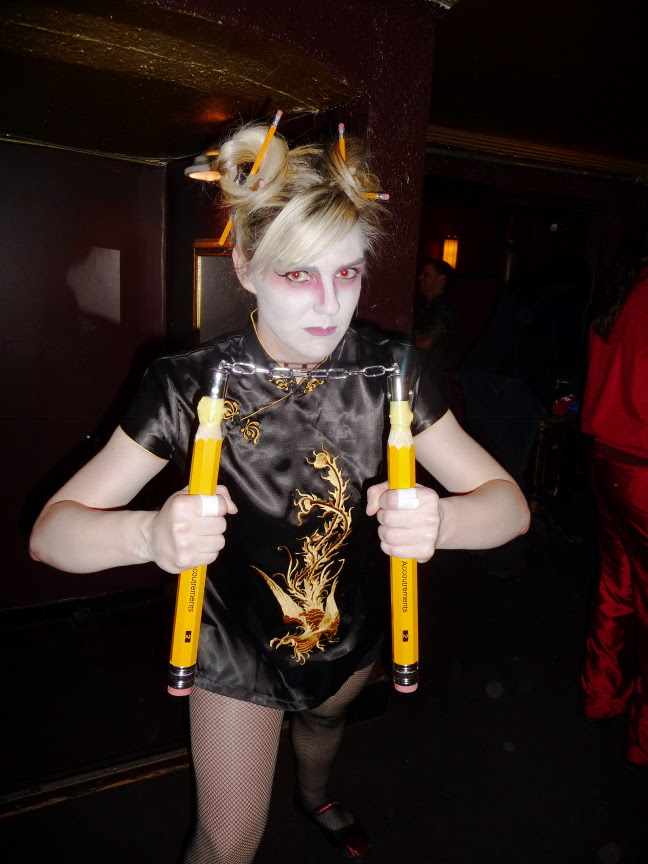 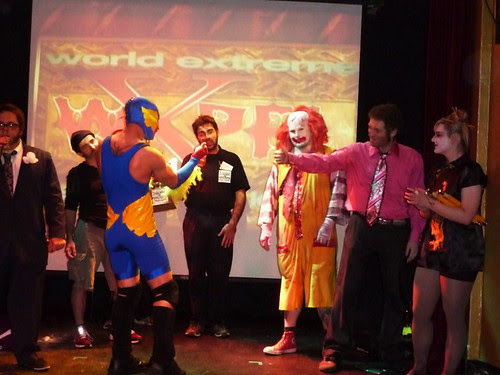 Happening again on November the 7th.