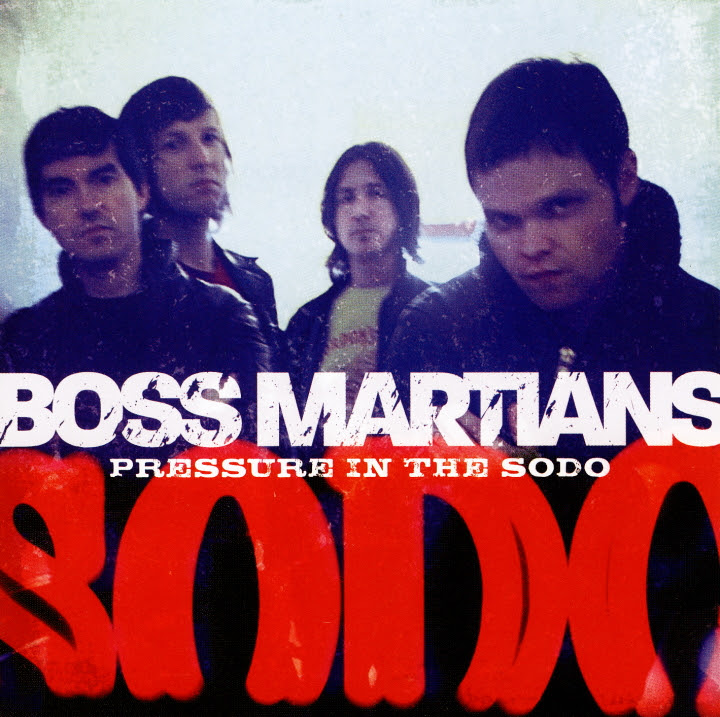 The Boss Martians is a band who's sound seems to be constantly growing and evolving. Yet, even from their surf rock beginnings, through their garage rock and punk middle period, to their current power pop explosion, the band has always incorporated a mix of elements from each genre.

Boss Martian's guitarist and frontman Evan Foster met the band's keyboard player Nick Contento back when they were still teenagers in the Tacoma rock scene. They formed The Boss Martians with the idea of incorporating their shared taste in garage rock, surf, punk and power pop. While the other band members have changed around a bit, they've been a solid unit with Scott Myrene on bass and Thomas Caviezel on drums for years.

The band recently released their tenth full-length album, for their full discography look here. With a large following around the States and Europe and so many releases under their belt, The Boss Martians always seem on the verge of making it bigger, but never quite make it there. I'm thinking with their latest album, "Pressure in the SODO," it might actually finally happen. In part because it's a major step up in production and features Iggy Pop, in part because it's their most polished and pop release yet.

The song "Mars is for Martians" was co-written by Foster with Iggy Pop. The story goes Iggy Pop liked the band and met Evan and they talked about writing a song together... months later Iggy gave Evan a list of the letters of the alphabet with a word for each one as the song lyrics. Ever creative, he was able to work them into a song that actually turned out great. I like the trade off in vocals between Pop and Foster, with Iggy's deep creepy and Evan's high-octane almost Rick Simm's style. The guitar riff and chorus are super catchy and it's one of the heavier songs on the album.

There's quite a bit of slower poppy songs, probably half the album, that leave me wanting more from the band. They are excellently executed, have great use of keys and play off '80s pop at times, but the music is just a little too clean and nice for me tastes. I really like the punchier stuff on the album, songs like "Power of Doubt," "Don't Wanna See You Again," "You've Taken Everything," "Stiletto," and "Hey Hey Yeah Yeah" - all catchy power pop songs with enough speed and garage rock sounds to keep me happy. I think the band excels the most on the songs that are a bit rougher around the edges and maintain a bit more of the rock'n'roll swagger of their past.

You can preview a few songs off the album and get a lot more information about the band on The Boss Martians Myspace page:
myspace.com/thebossmartians

Useless trivia fact: They used my smoke machine to get the fog in the background in the photo used for the cover.

Email ThisBlogThis!Share to TwitterShare to FacebookShare to Pinterest
Labels: Boss Martians, Pressure in the SODO