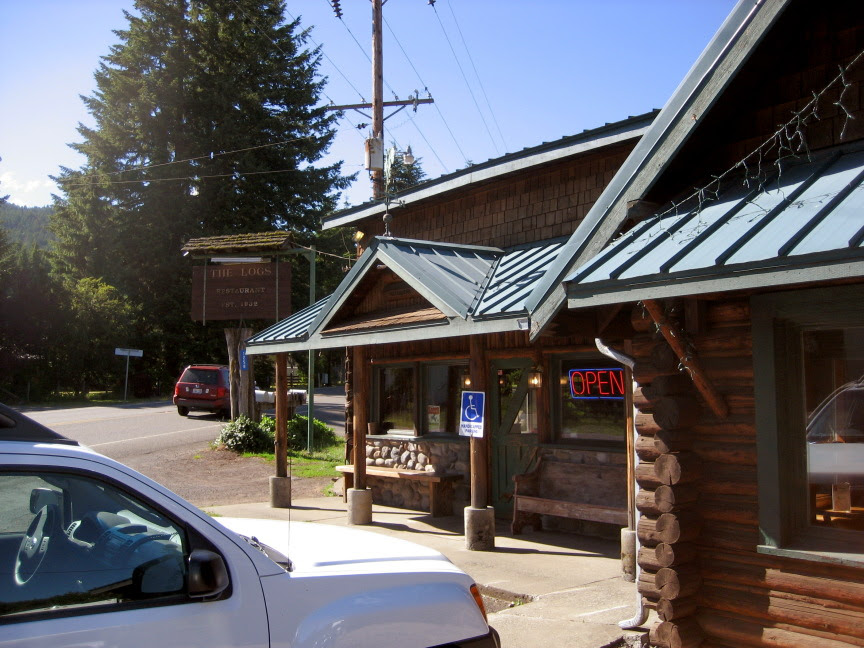 When heading up Washington's Highway 14, then Highway 141 from the Columbia River Gorge, you pass a string of small towns like White Salmon, Husum, and BZ Corner on the way to Trout Lake, which lies at the bottom of Mt. Adams and at the edge of the Gifford-Pinchot forest. If you blink you might miss any of these towns. They are generally composed of a handful of houses and a store front or two along the highway where you are forced to slow down to 30 miles per hour because there is more traffic and a few cross streets.

Located right along the White Salmon river is BZ Corner. Well, I think the town is called BZ Corner, but actually, there is some debate over the town's actual name. Half the maps and signs seem to say BZ Corners instead. Since there is really only one intersection in town, I'm inclined to call it BZ Corner, but when you say it out loud, the plural version just seems to sound better. I noticed the locals pretty much use either interchangeably, so I guess there really isn't too much debate about it.

BZ Corner was an area harvested for timber and settled in the 1920s and '30s by William Biesanz, originally from nearby White Salmon. The name BZ Corner developed from Biesanz' name as he cleared the area and harvested it's trees. Eventually a sawmill was built and the families that came to work the mill began to build and settle in the area.

In the past 15 years of visiting the area, I've seen BZ Corner grow dramatically, due almost entirely to white water river rafting in the nearby river. When I say grow dramatically, I mean a few more businesses opened up, mostly competing rafting companies, and I recently spotted one new cafe when driving through. But the one business that's been there all along is The Logs.

The Logs was built in 1932 and along with being a dancehall, was rumored to be a speakeasy until prohibition was repealed. I quick fact check shows prohibition was repealed in March of 1933, so while it may have been a speakeasy for 8 or 12 months, I think those stories of the wild and crazy speakeasy days might be more local folklore than grounded in reality. But when before my wife's grandparents passed away, they talked of going to The Logs in the '40s and '50s and had stories of huge dances, crazy parties and drunken brawls there. There's a great old photo of them, along with many of other locals from the '50s and '60s, shellacked into the bar's counter.

These days The Logs has expanded to both a bar and family dining area. It's popular with river rafters, people going hiking and camping in the area, travelers to Mt. Adams, as well as the locals from BZ Corner and nearby towns. The building is old school, it's really a log cabin that's 80 years old, with a newer edition added on in the same style maybe 20 years ago. Inside it's pretty kitschy, with an area of rooster related country artwork, dear/elk related stuff, and tons of old photos, rusty farm tools, and other eclectic stuff mixed in with modern country decorating.

The Logs' most popular dish is their chicken dinner, but they have a pretty full menu of fried foods, pizza, sandwiches, burgers and salads, pretty much your typical pub fare, but with small town flair. As far as I'm concerned, when I know what the dish is most locals are getting at any restaurant, I generally order it as well. You might as well go with the obvious signs of what a place excels at. So at The Logs, it's fried chicken. And I've been going to The Logs a couple times a year for probably 15 years and they are always consistent with the chicken dinner (although not so consistent with being open, apparently the owner has picked up a bit of a meth habit). The Logs chicken dinner consists of a couple pieces of fried chicken (breast, thigh, leg and something else), toast, jo jo potatoes, and coleslaw, along with squirters of ketchup and ranch. The chicken and jo jos are amazingly good, the toast is fine, and the coleslaw generally sucks because it's soggy. But really, it's all about the chicken and taters anyway, and they are delicious! 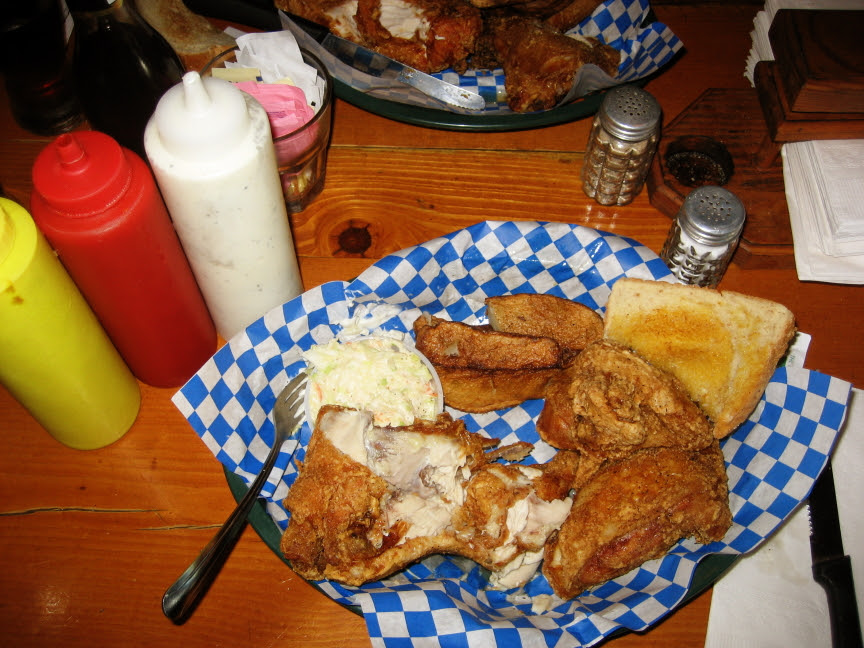 On tap they have Rainer, Coors Light, and their "good beer," Michelob Amber Bock. A chicken dinner will run you around $10, a pitcher of beer right around $10 as well (the Amber Bock may be $12). The tables are sticky, the place smells like a deep fryer, and the decor is fairly tacky, but don't let that scare you off! The staff and customers are all nice and the food is usually great, so the place is fairly popular. It's generally a "must stop at" place for me when I'm heading up to Trout Lake or Glenwood after a long road trip from Portland or Seattle. It would probably be a fun part of a day trip from Portland, Hood River, or Vancouver, WA if you are up for an adventure.

Have eaten here for years. The chicken recipe isn't quite the same as it used to be, but it is still worth the trip. A variety of things on the menu should peak your interest, and new ownership means that the hours are a lot more stable now.