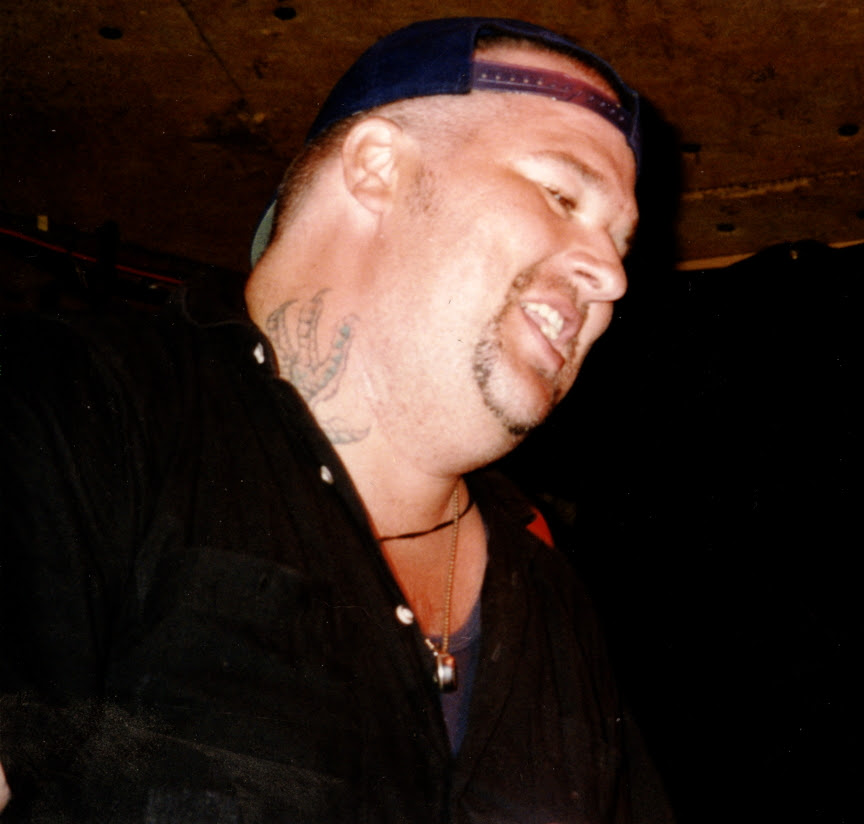 I've talked about Portland punk band Poison Idea before and surely will again, they are one of my favorite bands and one I saw a lot live during the '80s and '90s. This is a picture of singer Jerry A from a show in the mid-'90s... he was looking surprisingly normal with a goatee, tan and baseball hat, instead of crazy singer with blood dripping down his forehead. Or the time he performed with a cast on his leg from stage diving and it was the Northwest "Out of the Hospital Tour." For the last couple of years since guitarist Pig Champion died (and even the couple years before) there was a revolving door in band members, but Jerry A still has kept the ship afloat and piloted it onwards. And their last album, "Latest Will and Testament" from 2006 wasn't half bad... and last year they released a split single on TKO with Kill Your Idols.