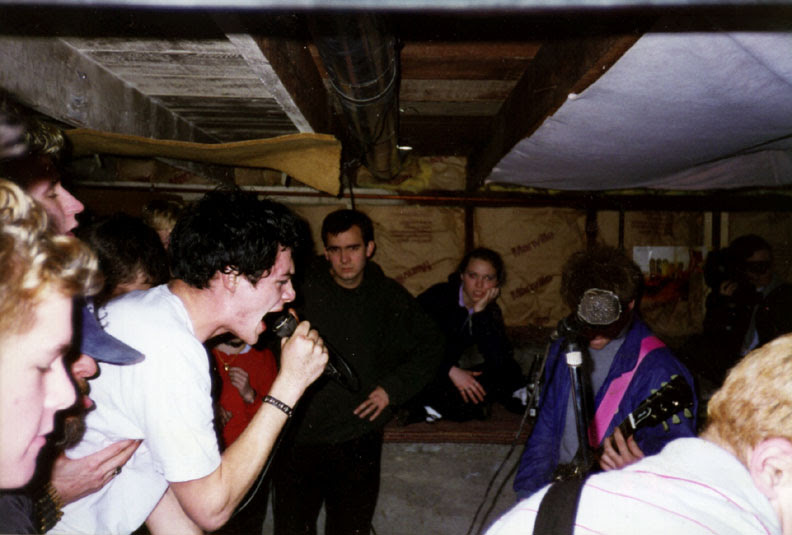 This is a photo of Pud playing in the basement of the Hellbound House in the U-District sometime around '96 or '97. Pud featured ex-Rickets member Jon Culp on guitar with Gavin Toler singing. They played pretty anthemic punk, like a faster '70s Clash mixed with 1990's Cali pop punk. Their one album on Recess Records is definitely worth seeking out (you can hear samples from all the songs at AudioLunchbox). A funny story about the band from Larry Rickets:

In Pud's later years they changed their name to Hit Factor Five. I think Jon wanted a less offensive and less silly name that his parents would approve of. Solana and all of their friends were trying to convince them to change the name to Hearts and Bones. That would have been even worse! They ended up changing the name back to Pud because people like me kept calling them "Shit Factor Five."

Discography:
Gavin Toler later went on to form a band in Seattle called The Winter Flowers, which has since relocated California and describe their music as "mystic folk."