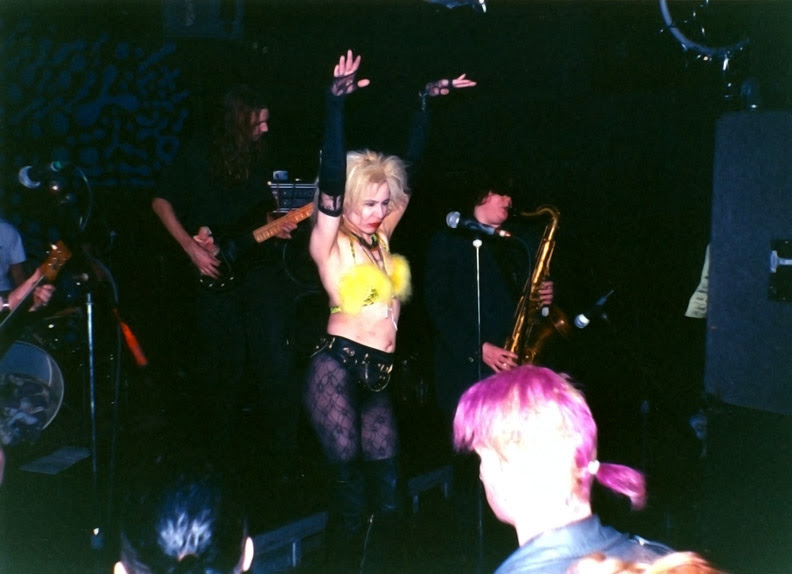 Quiverpuss was an arty/gothy rock band from Seattle that played around town in the late '80s and early '90s. They were fairly unique, the band included a sax player and scantily clad female singer up front. As far as I can tell they only had one release, a 7" single entitled "Conjure Up A Man" that was released on Facebat Records in 1991. This photo is of the band playing at the Vogue.

i miss Scotty-ex gtr. player of quiverpuss-this is your old friend loraxe -please email me

oh wow, that's a great pic! I used to date Naz back when I was too young to attend their shows. She's a great and wise gal!