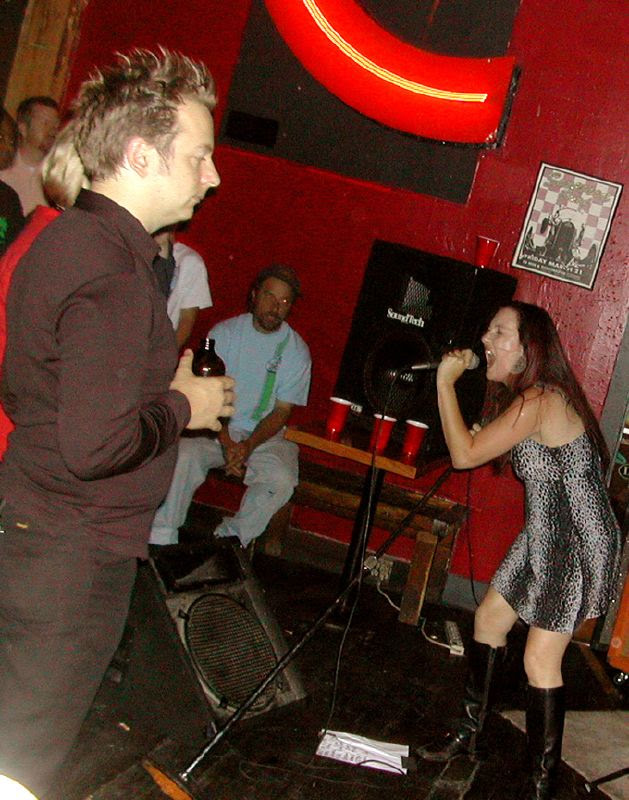 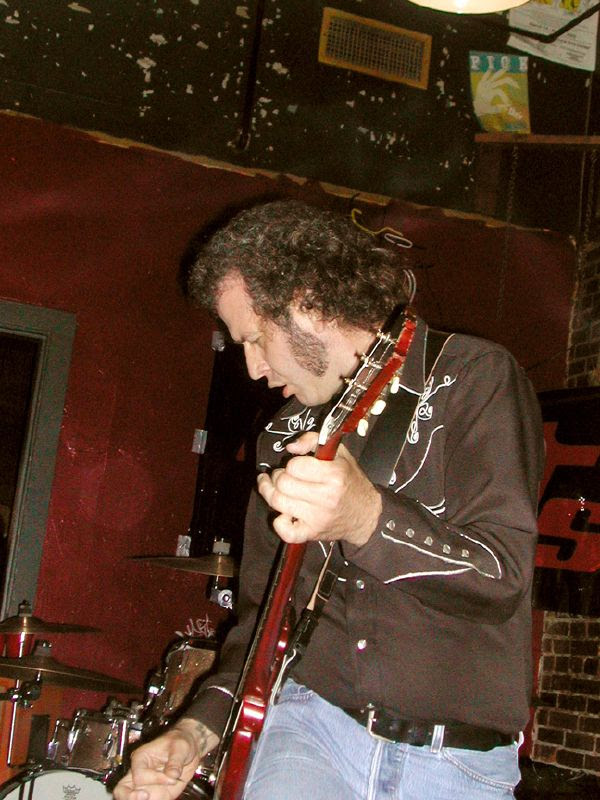 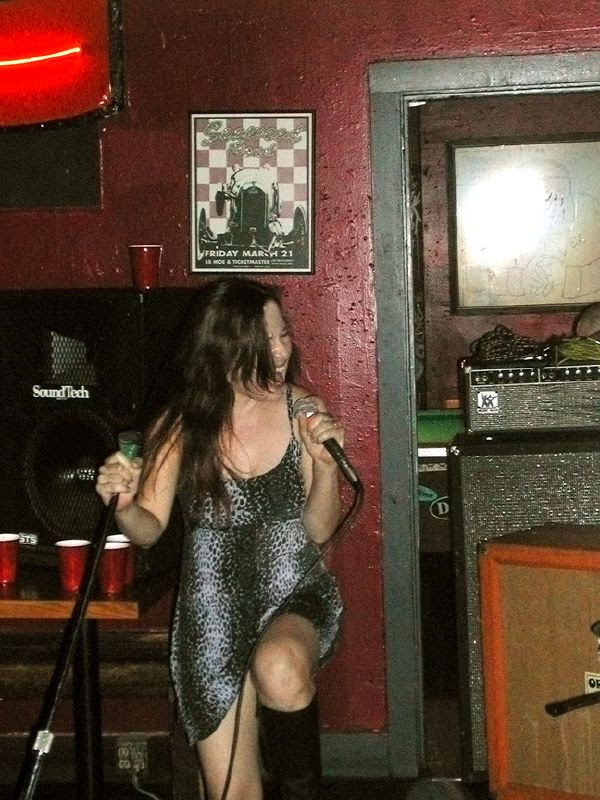 The DTs from Bellingham are Estrus Records head honcho Dave Crider's band. The band describes themselves as "hard soul" and that's a pretty spot on description, they mix R&B and soul with garage rock'n'roll, much like Seattle band Thee Emergency and Olympia band The Gossip. And The DTs are much older and experienced, Crider spent decade in The Mono Men honing his guitar skills. I've seen the band three times live and every time they were great. For more info and music, check out The DTs website. These photos are from a show in 2002 at The Comet.

Dave's hair is trying to outshine the band and takeover my photo!