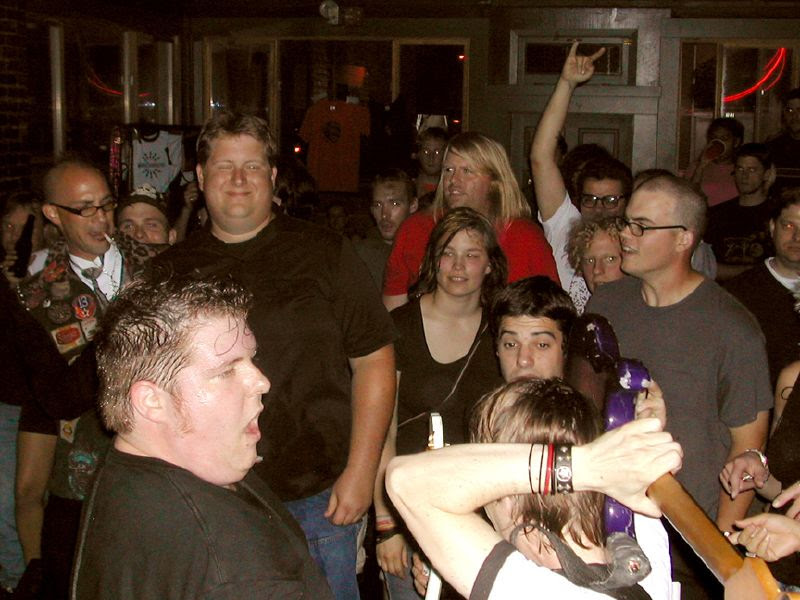 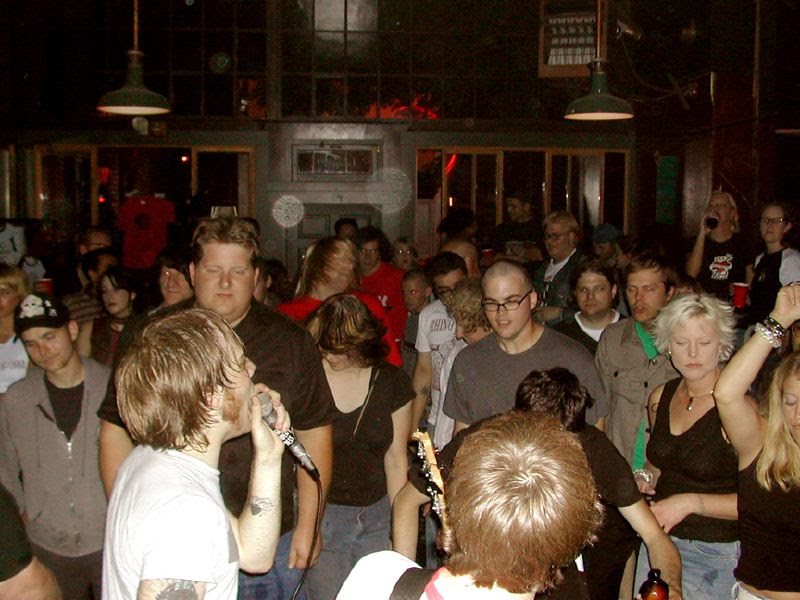 I wrote earlier about The Midnight Thunder Express and just stumbled upon some more photos of them live. This show was at The Comet July 27th, 2002. I love these two shots because you can see both the band and crowd rocking out, as well as Brian Coloff's great behind the back guitar playing action. It's funny with garage rock shows in Seattle, inevitably I usually know half the crowd. It's the same diehard motherfuckers up front at all the shows at Funhouse, the Comet, the Monkey, etc.