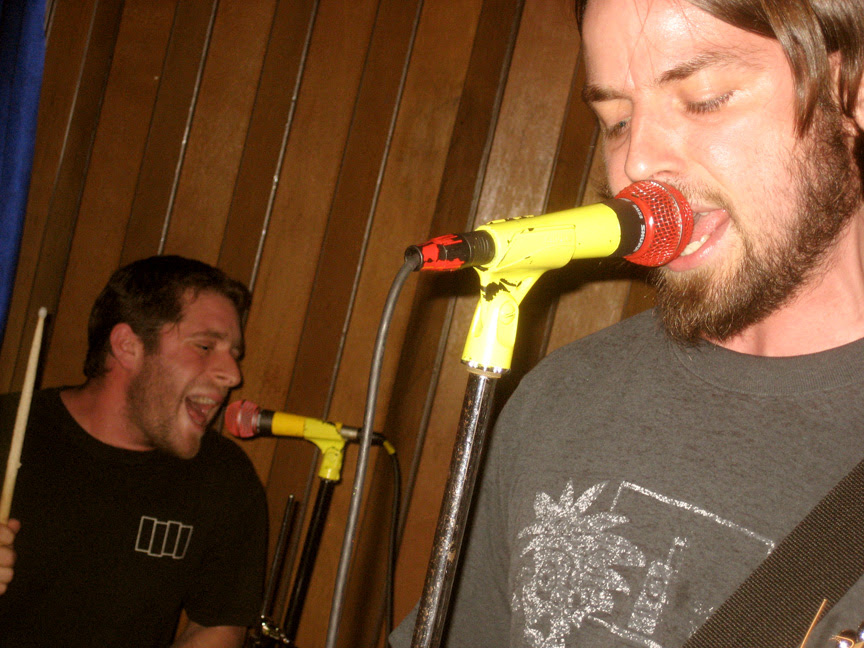 It's quite possible that Rob Femur is more known around Seattle for "Gabba Gabba Hey," his weekly punk radio show Saturday nights on The End, than he is for his band. My guess is there are about 100 times the people listening to Rob on the radio then come to his band's shows, based on the two I've seen. And this is a bummer, since The Femurs are a fun, fairly low-fi, pop punk/power pop band.

Maybe it's because they are acoustic. And a two-piece. Which upon first mention might turn off the rock and punk crowd, but both live and on their 2007 CD "Modern Mexico," the band rocks. If you wanna check them out, they have a few songs on MySpace, will be playing at Noc Noc February 29th, and will be live on KEXP's Audioasis show March 1st. Then they head out to SXSW and a West Coast tour.

This photo was from a show a few months ago at The Monkey Pub in Seattle's U-District.

Sweet Ryan, thanks for the link! We should partner up, I'd love to feature your film clips in the main part of the blog rather than links in the comments, a bunch more people would check them out. And you've shot some great footage of bands I dig.