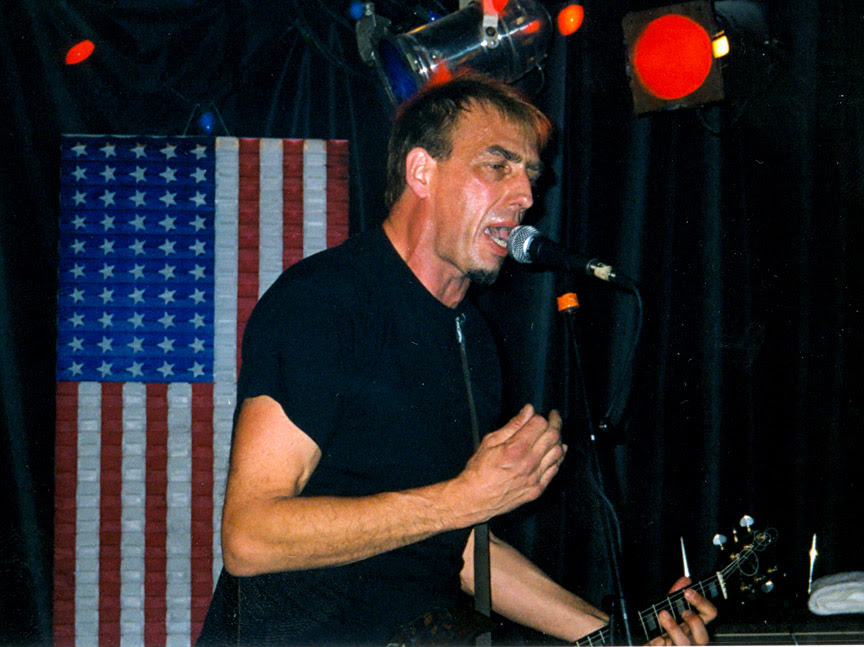 One of those punk bands I've seen a ton of times is DOA, mainly because over the years they've released so many records and toured relentlessly. But they also used to be a band that often wouldn't show up for their Seattle shows... the promoters would always claim they got stuck at the border. Still, I probably have seen them a dozen times, and even in their older years, they still put on a decent show and pull out all their old hits. This shot of Joey Shithead is from a show at The Off-Ramp in the late-'90s.