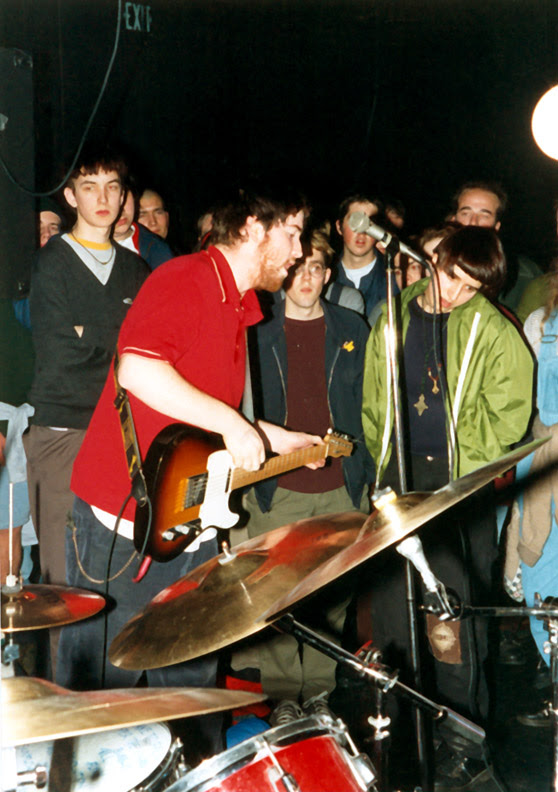 Remember when emo wasn't some radio rock blend of pop and hardcore played by goth dudes? Back in the '80s and early '90s emo meant emotional hardcore. Emo bands were into the DC sound of more melodic hardcore (Rites of Spring, Embrace, Gray Matter) or the crazy noise coming out of California on Gravity Records (Heroin, Mohinder, Angel Hair, Antioch Arrow, Universal Order of Armageddon). Seattle's answer was bands like Hush Harbor and Sunny Day Real Estate in the early '90s. Sunny Day got hugely popular thanks to signing with Sub Pop, but I always seemed to like Hush Harbor better. Of course that could be because the bass player lived right by me and dated a friend and I hung out with him a bunch right when the band formed. They had the soft-loud-soft-loud formula down pat, great catchy songs, and emotional sounding vocals. This is a shot of Hush Harbor live at The Velvet Elvis from around 1994.

Frontman John Atkins went on to form 764-Hero, The Magic Magicians, and The Can't See.