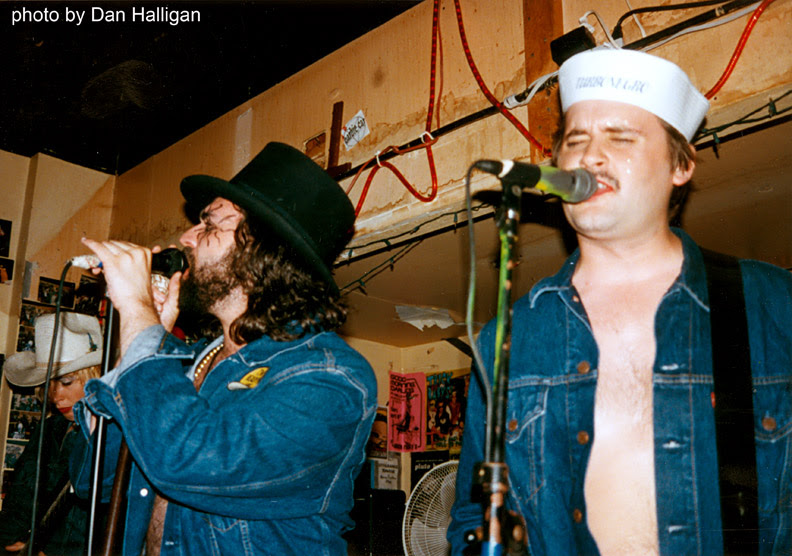 My friends Larry and Beth were completely into Turbonegro before me... and before everyone's obsession with them. They'd play "Ass Cobra" drinking beer and sing along to the ridiculous lyrics. But I have to say, within a few listens I was hooked. So when Turbonegro played their first Seattle show at Uncle Rockey's (which Amy and I called La Cucaracha because of the all cockroaches you'd spot in the place), we were there front and center. Apparently the brilliance that is Turbonegro hadn't quite caught on yet, there were only like 50-60 people at the show. The band was disappointed too, "Vee are huuuuuge in Europe," they exclaimed. Not matter, they put on a hell of a show which included the singer trying to get someone to swallow his snotty spit and lighting fireworks out of his ass. Damn, it was awesome.