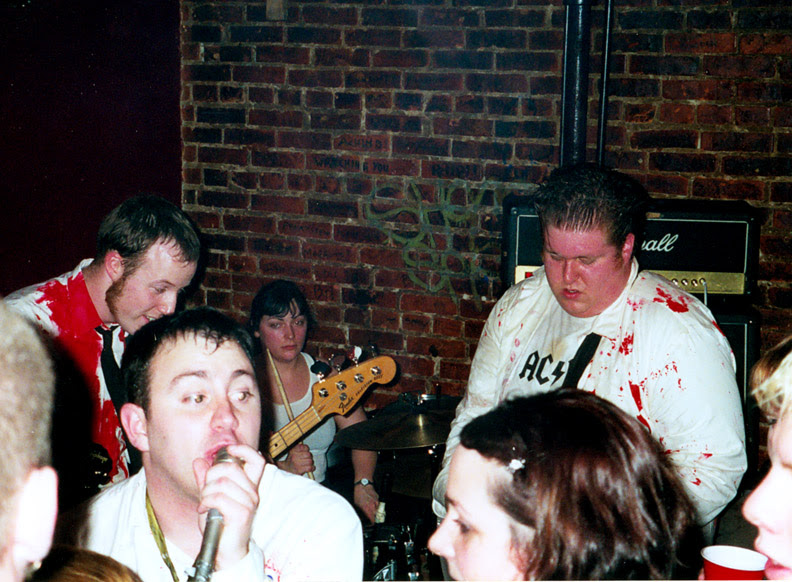 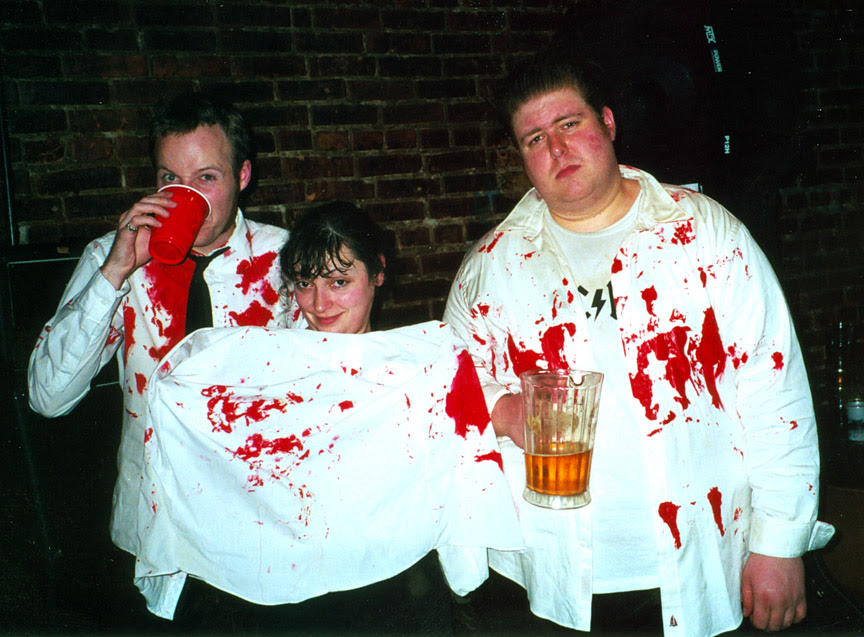 For Valentine's Day in 2001, garage rock band The Valentine Killers booked a show at Seattle's Comet Tavern and billed it as the St. Valentine's Day Massacre. The band completely coated themselves in fake blood before coming out to blast out a fun set to fans.

The real Saint Valentine's Day massacre was a shooting during prohibition times in February of 1929 in Chicago. The South Side Italian gang led by Al Capone lined up against the wall six members of the North Side Irish/German gang led by Bugs Moran, who were killed along with a mechanic in the garage where the murders took place.

Ah, yes, I remember that The Blow Up played that night too. Brian Coloff made some special shirts specifically for the show. Fun fun.