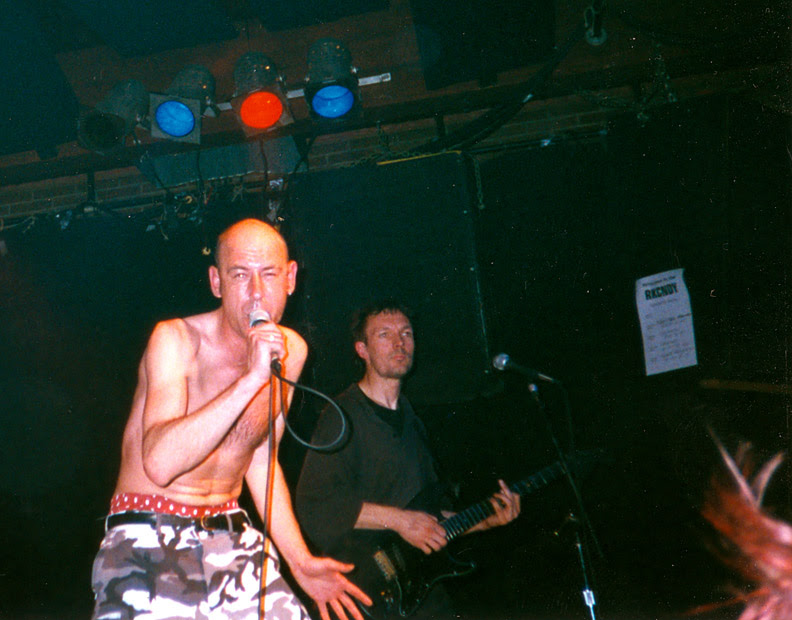 The Stratford Mercenaries were a UK punk supergroup around during the late '90s (1997 to 2000 specifically). The band featured Steve Ignorant from Crass on vocals, Gary from Dirt on guitar, Phil from The Buzzcocks on drums, Ed from the Suicidal Supermarket Trolleys on bass, Mariska from Oheisvasara on keyboards, and Stick from Doom also on drums. They toured the U.S. after only releasing one single, the big names of the band members was enough to draw good-sized crowds. This photo is from their first tour when they played Rkcndy 4/23/97.