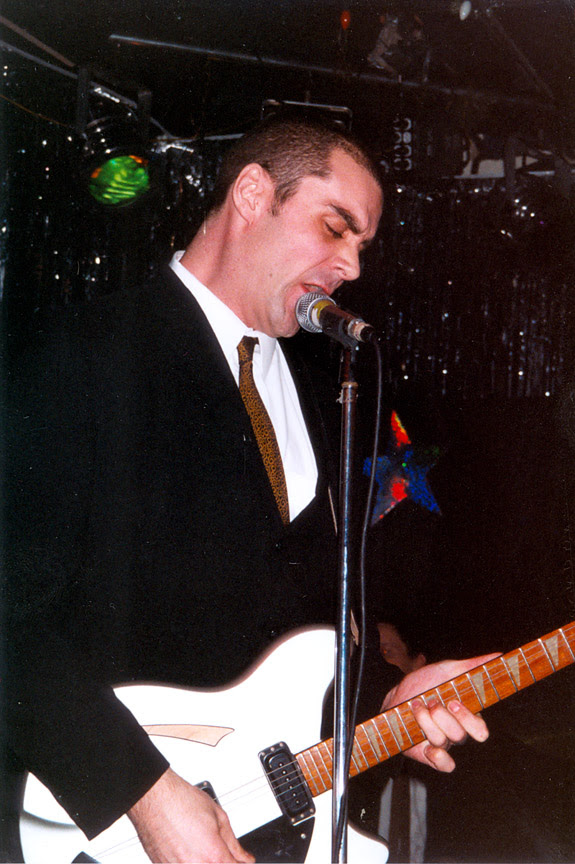 Birthed from the loins of punk noise outfits like Scratch Acid and The Cows and bottle-raised on The Screamers, Wire and Joy Division, Seattle band The A-Frames have always charted vaguely familiar yet drastically different territory in the art punk genre. At times their music is minimalist and almost droning, at others it's angular, jarring and noisy. Needless to say The A-Frames have never feared experimenting as they interpret their dark futuristic visions into music. This photo is from when the band played The Breakroom (now Chop Suey) in January 2001.

Band members: Erin Sullivan on guitar and vocals, Min Yee on bass and vocals, and Lars Finberg on drums