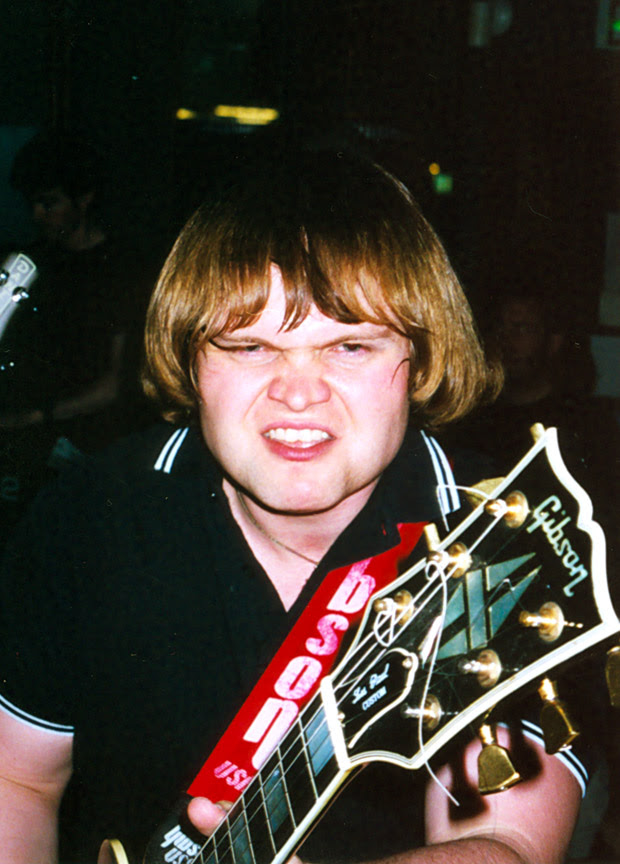 I love this old picture I took of Evan of The Boss Martians, he almost looks like a Norsk metal dude from the '70s. This was taken back around ten years ago when the band was just hinting of the evolution to come. For quite some time before this they were the darlings of the Dionysus Record's surf and hot rod scene, often playing '60s garage band instrumentals. As the band evolved over their albums to follow, the surf and garage tunes gave way to '70s rock'n'roll and power pop. At the same time their clean image began to change as they got a more '70s rock flair to the way they dressed. Comparing their last record to one of the first two, you might think they were an entirely different band. But the evolution happened slowly over the years as they've found their own unique sound and have become a really great band. The band is just embarking on a big tour of Europe and their next album, due out May 13, 2008, will feature Iggy Pop doing vocals on one track. For more info about the band or to hear them, check out their MySpace profile. And by all means, catch them live now while they are still occasionally playing smaller clubs, they are definitely a band that has the potential to get huge in the next year or two.

Band members: Evan Foster on guitar and vocals, Nick Contento on keyboards and vocals, Scott Myrene on bass, and Thomas Caviezel on drums.

Albums (they have a huge discography, I'm only listing the full-lenths):