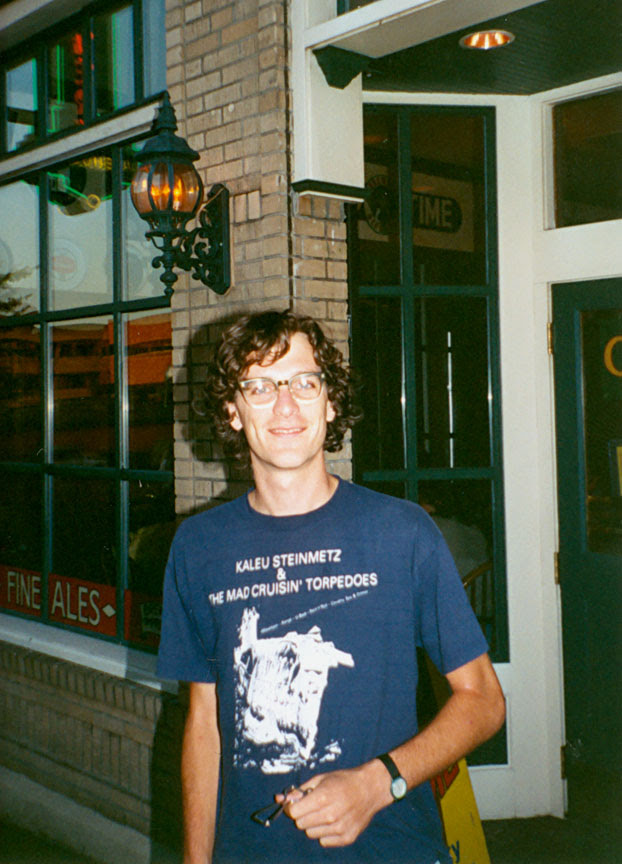 Steve Turner was always kind of a hero of mine. He went to my highschool a few years before me, in a suburban snobby suburb of Seattle. Yet, like me, he got heavily involved in alternative and punk music and went in quite a different direction than most of his peers. Where I did it more as a fan, writer and publisher, he did it as a musician for some just awesome bands. First Mr. Epp and the Calculations, then Green River, and then the crown jewel, Mudhoney. The CD that compiles Mudhoney's Superfuzz Big Muff and their early singles is easily in my top 10 records of all time. In my group of friends at parties we have what we call a "Mudhoney Freakout" around midnight or 1am, where we put on old Mudhoney and scream along drunk at full volume. It happened at my Halloween party a few days ago, 20 rabid Mudhoney fans jumping up and down singing along to "Touch Me I'm Sick." It must have been a pretty scary sight. But we can't help it, even today, 19 years after those songs came out, they are packed with so much power and emotion they simply blow the fuck out of 95% of the music being produced. My admiration of Steve Turner was totally evident in my zine too. David and I interviewed him for our very first issue of 10 Things. This photo I shot on The Ave in front of the Big Time Brewery in 1990 after we drilled Steve with questions and wormed stories out of him for about two hours over beers. Cheers Steve!