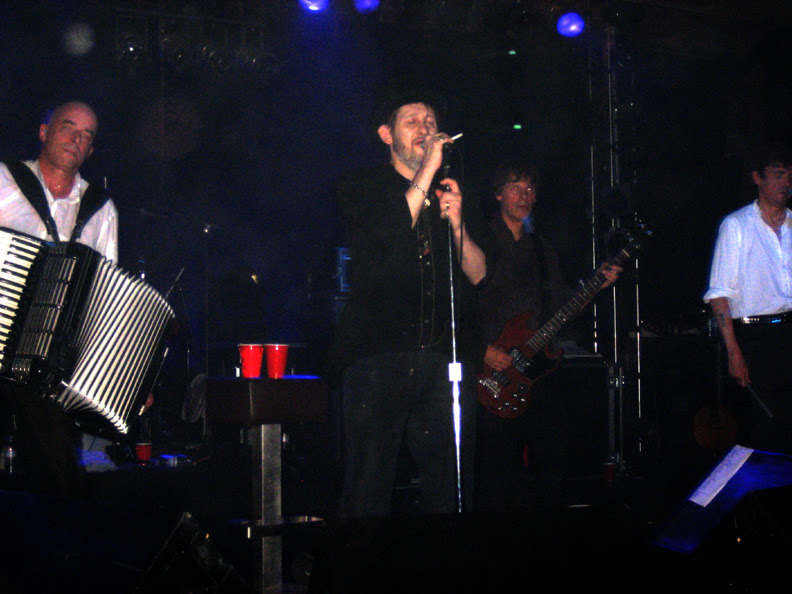 Last night I saw The Pogues for the first time in my life, at their first show on their US tour. They were surprisingly excellent! Shane McGowan seemed a little too lose and drunk on the first song or two, but pulled his shit together quick and they blasted through a ton of older material over the next two hours, which included two encores for a shouting audience of enthusiastic fans. I kept running into people I knew left and right. Some I hadn't seen in years and would just appear from nowhere in the giant dancing masses of bodies, throw their arm around my shoulder, and we'd both sing along to a song until we were ripped apart by the swirling masses of people. Everyone in the crowd seemed super happy, I didn't see one fist fight. By the end of the show I was losing my voice and my clothes were completely soaked through with my and everyone else's sweat. Awesome. I hope all the folks that catch their later US tour dates get as good of shows!