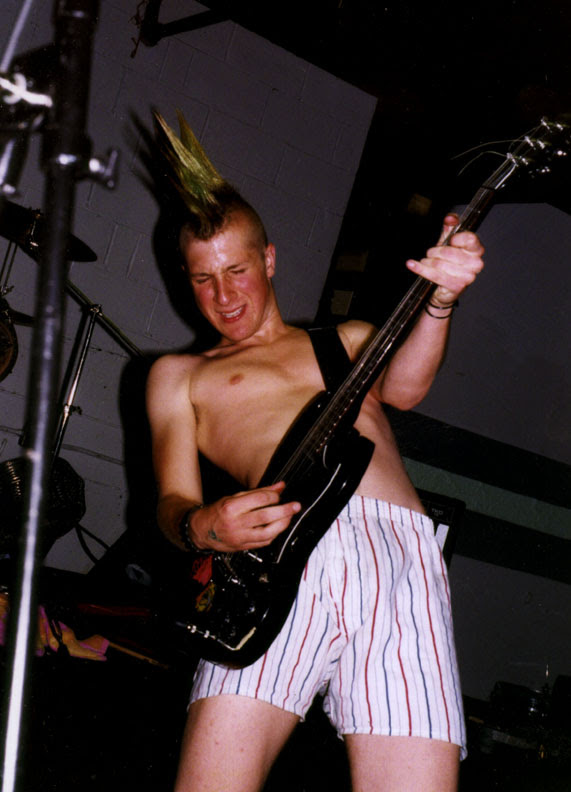 Maurice's Little Bastards were a punk band from Bainbridge Island in the late 1990s and early 2000s. Fronted by Justin MoCheeks (he did a zine entitled MoCheeks), the band was known for their all out crazy live shows that usually ended with the band removing a lot of their clothes. Justin later went on to be in The Deadly Weapons (with Larry Rickets) and now is in Portland band The Clorox Girls. Justin's parents used to let him host shows in their house. I remember riding the ferry out there, drinking beers in the car, then talking to his folks outside before watching bands. Awesome.