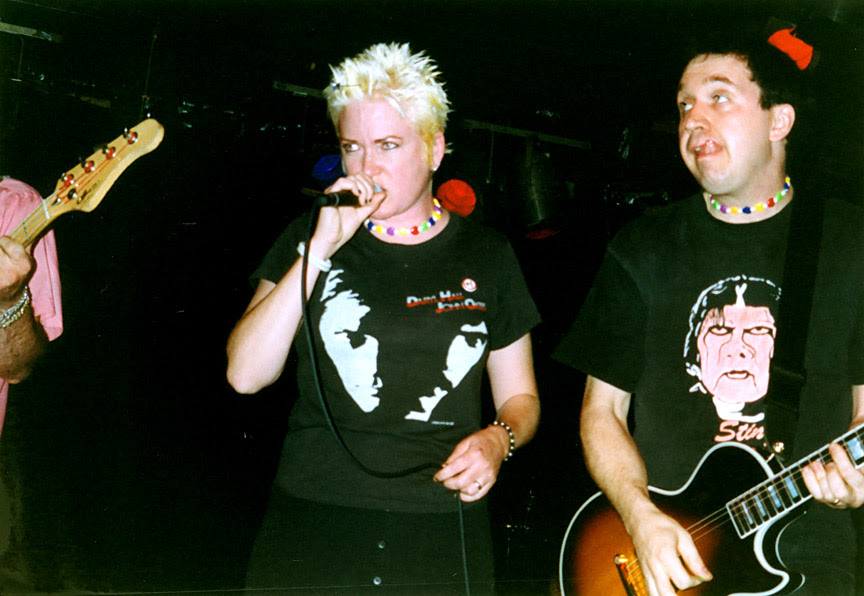 It takes a lot to get me to drive 25 miles to a yuppie town on the Eastside (from Seattle) to see a band at a YMCA with a bunch of teenagers. Don't get me wrong, I was a strong supporter of Redmond's Old Firehouse and Kate Becker from day one, but the shows there definitely have a Jr. High/Highschool vibe and anyone over 21 is just going to feel out of place. Even more so when you are in your thirties. But I bit the bullet half a dozen times for shows I really wanted to see and had a great time every show, despite all the underage kids trying to bum smokes off me. One of those bands I made the drive for was Tilt. It was 1995 and Tilt had been blasting out catchy pop punk in the SF Bay area for a few years. They'd recently released their second album "Til It Kills," produced by Kevin Army, and I was absolutely hooked on it. And they were touring with Good Riddance, who's debut LP "For God and Country" was also getting a lot of play at my pad. It was a great show! This photo is of Tilt's singer Cinder Block belting out the song "Libel."