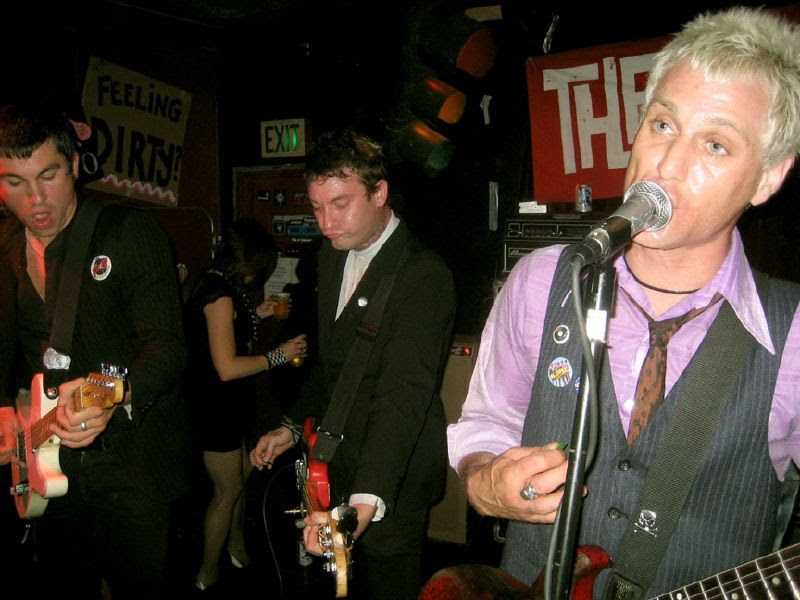 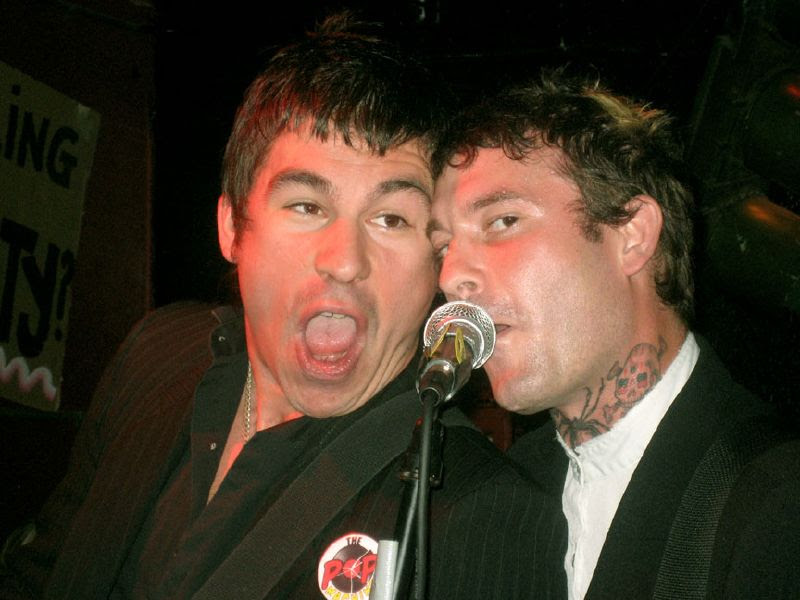 The Cute Lepers seem like half a minor supergroup of members of Seattle punk bands and half a Briefs side-project. While this is probably an unfair characterization, it works for me since I like all the bands the members have played in and love The Briefs. Along with two Briefs members, the Cute Lepers feature current or ex-members of The Girls, The Stuck-Ups, The Snot Rockets, The Amazombies, The Valentine Killers and more. The band plays, not surprisingly, catchy head bobbing sing-along punk. These photos are from a show at Funhouse July 20th, 2007. To hear a few songs, check out their MySpace profile.
Band Members: Steve E. Nix on guitar and vocals, Stevie Kicks on bass, Zache Out on guitar, Josh Blisters on drums, and back up vocals, handclaps and tamboring by Bent Rewd, Analisa, and Meredith.