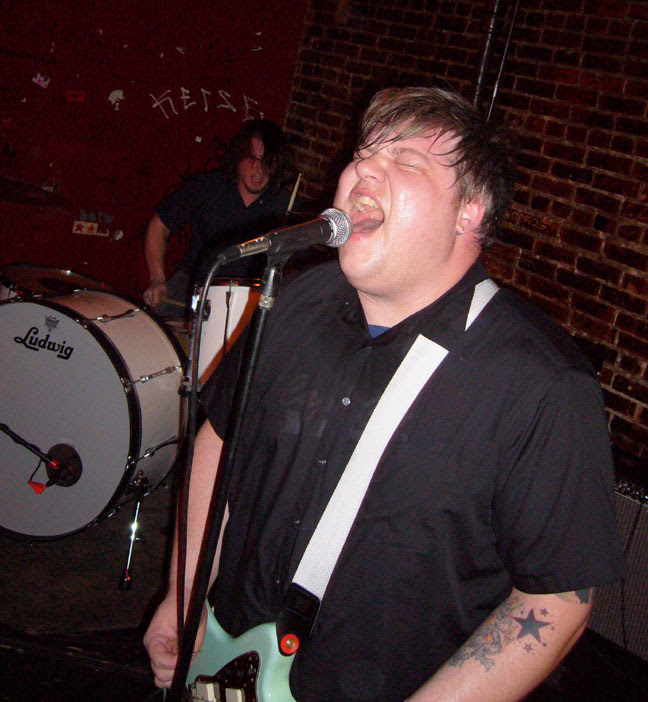 Valleys are often large, big, crevices surrounded on all sides by walls of rock. If this is the kind of imagery a band hopes you envision when they name themselves The Valley, then these Seattle noise behemoth's were right on mark. Here's a review I wrote of the band for my column in Tablet back in 2005:

"The first time I saw Seattle band the Valley they took over a small stage in a fairly empty club and simply laid down the rock so loud and heavy I was floored. Their music hit on some crazy sonic level like Godheadsilo used to, where you not only hear it, but you feel it vibrating from the stage, across the floor and through your body. I think I actually felt queasy at first. If you mention the Valley to anyone who’s seen them, they usually say “The Valley are fucking loud!” Now, I’m not sure that being known as a loud band is usually a good thing; you don’t want to be known for driving people out of the room. But somehow it works for the Valley both live and on their debut album, released in January on Swingline Records. The band’s heavy distortion, heavy guitars and heavy drums are balanced by melodic songs and catchy vocals. With equal parts grunge and pop punk, the Valley blend two styles I love, but rarely find together."

Two and a half years later the band is still going strong. This photo is from a show they played earlier this year at The Comet. They've been getting airplay on KEXP, had a song featured on NPR as the song of the day, and just released a six-song EP - which locals can pick up at Sonic Boom or when the band plays live. Live you say, Dan? Upcoming Valley shows include:

December 8th @ the Showbox for the KEXP Yule Benefit
December 20th @ The Sunset in Ballard
December 21st @ Hell's Kitchen in Tacoma with Seaweed (reunited!)
January 11th @ The Croc in Belltown