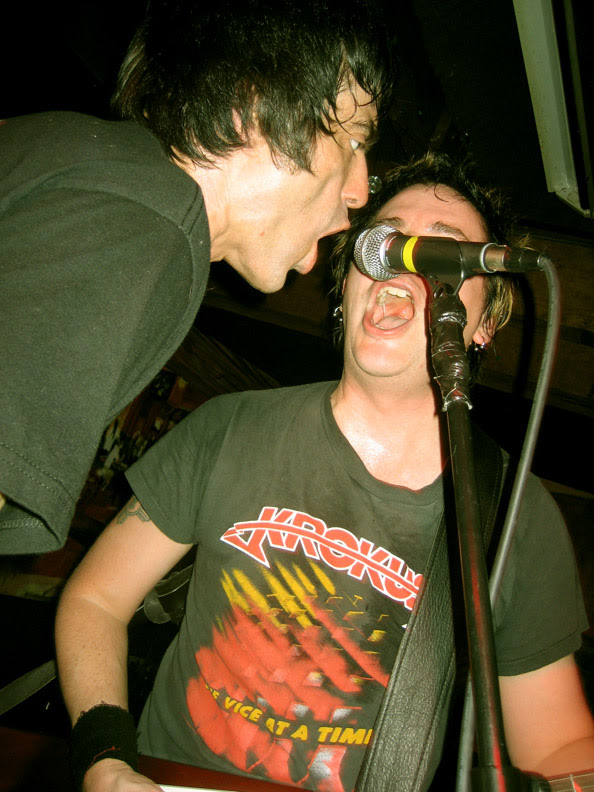 This is what happens when you team veterans of punk bands like Dumt, the Jesters of Chaos, My Name and No Direction together with a pile of '80s metal records and a few cases of cheap beer - old school punks gone rock. Crunchy punk guitars with metal licks, sometimes '80s metal vocals, funny lyrics and at least two band members making ridiculous faces in every photo. Fast and fun, that's the way Zero Down plays. They definitely land more in the metal camp these days, but go over well enough with a punk crowd that their bills seem split between playing metal and punk shows. Zero Down has been around since 2002 and released one album entitled "Old Time Revival" a few years ago. Currently they are recording their second album. This photo was taken March 30, 2007 at The Sunset Tavern. For more info, check out zerodownrocks.com.