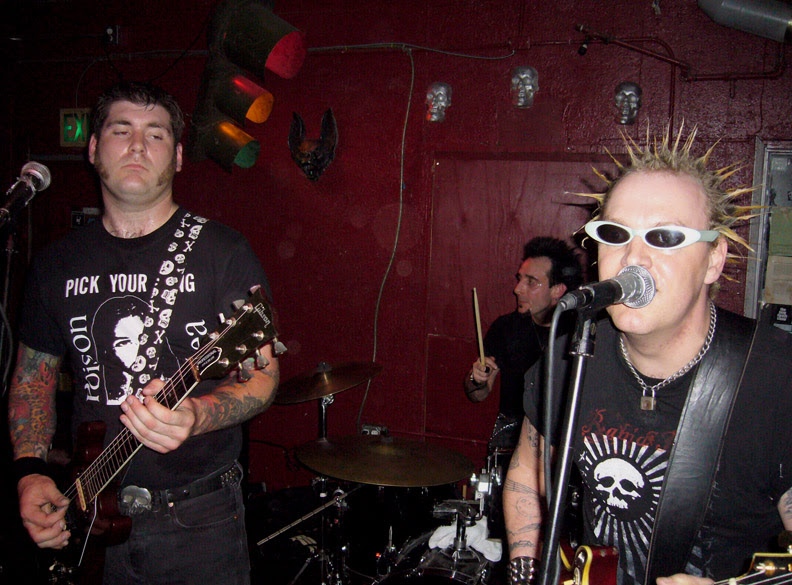 I missed the Dreadful Children's set this past weekend at the Naked Raygun show (they played at like 8pm!), but as usual, I loved catching up with singer/guitarist Lonnie at the show. This photo is from when the band played back in May at Funhouse. The Dreadful Children I've always thought of as Lonnie from Bristle's "other band," but in recent years they play a lot more shows than Bristle and seem to have become more his main band. Steve from the Briefs has been playing with them lately as well. The Dreadful Children play catchy punk with a great '80s UK feel to it and pub rock/street punk sing along choruses. I love that while most of their songs are fairly serious, they also do the "Pink Elephants on Parade" song from the Disney movie Dumbo! The band has a full-length CD out on Street Anthem Records called "Dot to Dot" and you can hear a few their songs here.