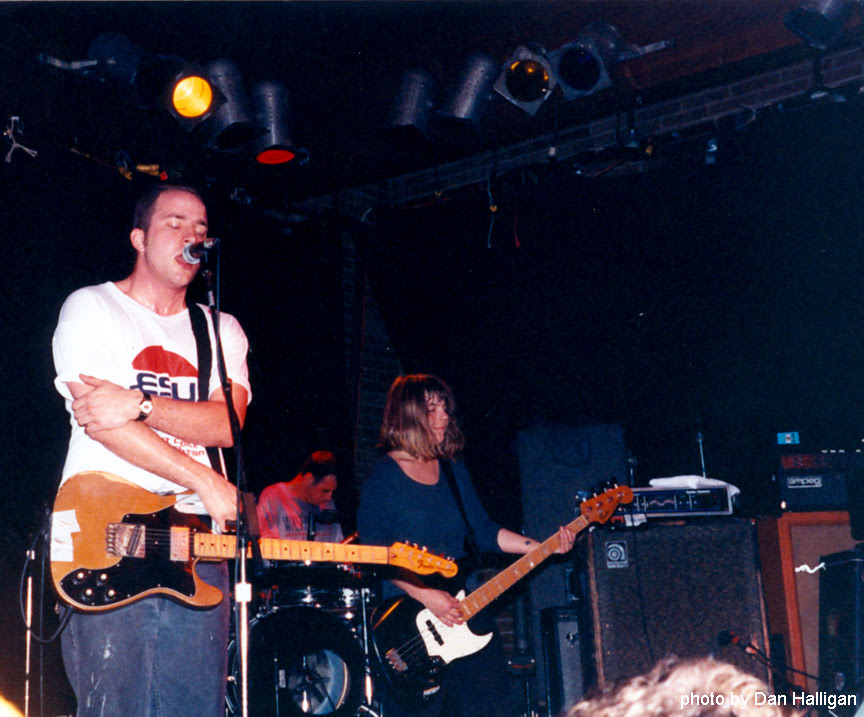 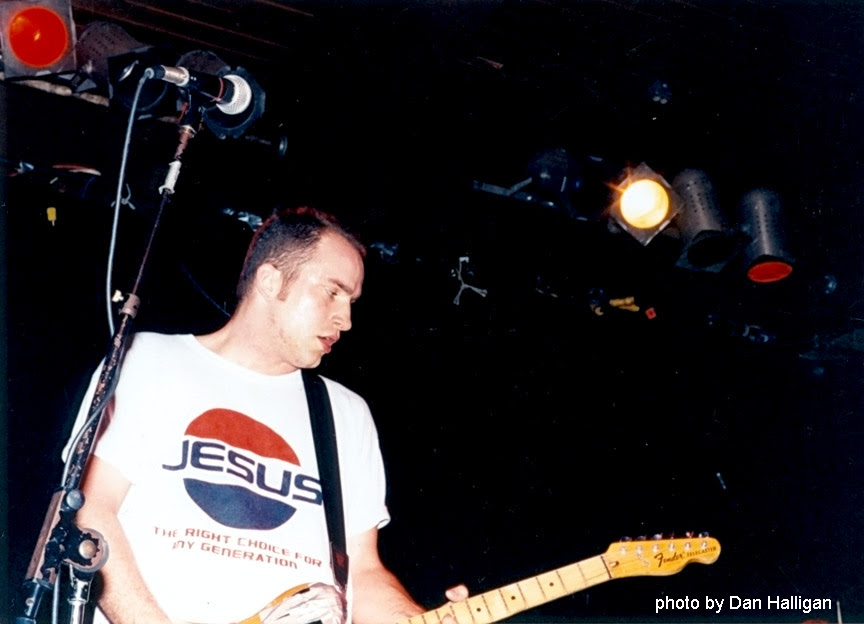 Silver Spring, Maryland is basically known for two things, being really close to Washington D.C. and as the home of melodic punk superstars Jawbox. Jawbox was formed in 1989 after Government Issue broke up and J. Robbins was looking for a new band. Housemates Kim Coletta and Adam Wade joined with Robbins on bass and drums for the first incarnation of the band, which self-released their first single and album ("Grippe") on their own DeSoto Records. Bill Barbot joined the band as a second guitarist for the band's second album, and later when drummer Wade left to play for Shudder To Think, Zach Barocas took over on drums. Tons of records and tours later, the band became a Dischord Records staple before jumping to a major label in 1994. At the time there was a lot of finger pointing and the word "sellout" was definitely uttered, but the band weathered on touring and releasing albums on Atlantic until they eventually broke up in 1997. These photos I shot when the band played Rkcndy in the mid-'90s.

Robbins and Barbot went on to form Burning Airlines.