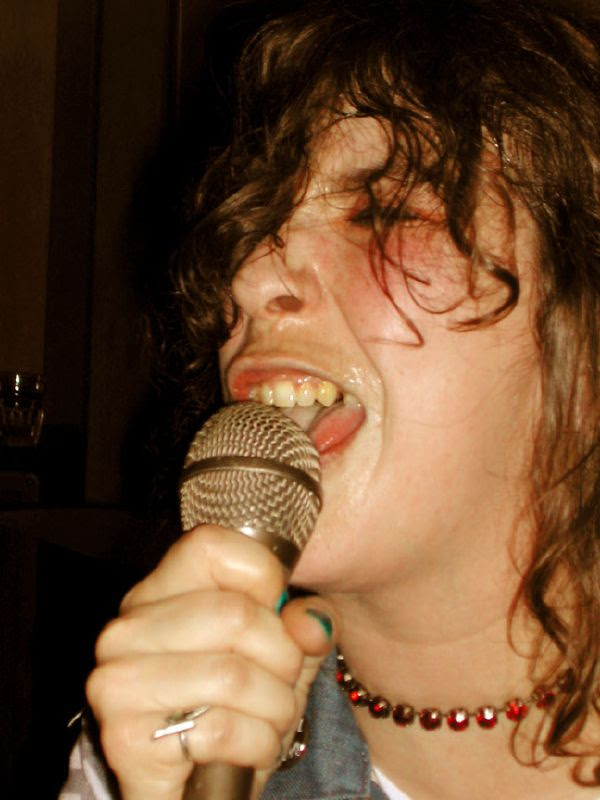 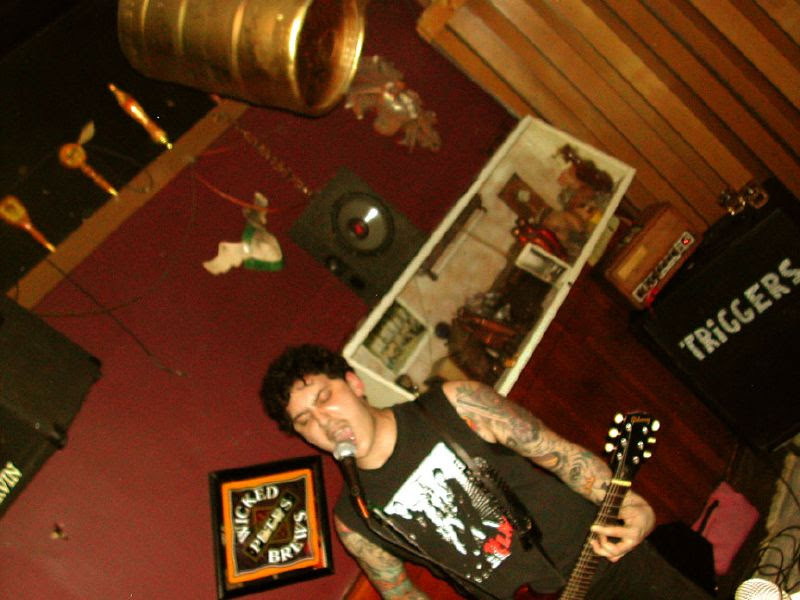 The Triggers were one of the more fun punk bands to come out of Portland in the last decade. The have an LP/CD on Dirtnap and singles on a couple of different labels, including Johnny Cat. These photos are from a show at the Monkey Pub a few years ago. The band broke up I think in 2006. Candy and Justyn now play in Sleepwalkers RIP, whose first 7" came out in August on Austin record label DeadIdeas.

ps- The first photo of Candy from the Triggers was put up on the Stranger's Line Out blog as the photo of the week today!