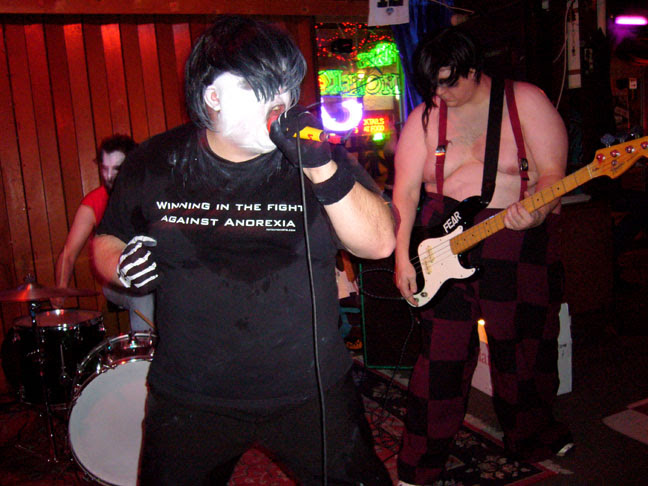 Only one band can claim the title of "The world's fattest Misfits cover band" and it's Portland band The Misfats. Not only do they cover The Misfits, but they change the lyrics to be about food! Like most cover bands, you can probably only see them once or twice before it gets old, but the band is damn funny live. This photo is from a show they did earlier this year at the Monkey Pub. For more info about the band, check out misfats.com.