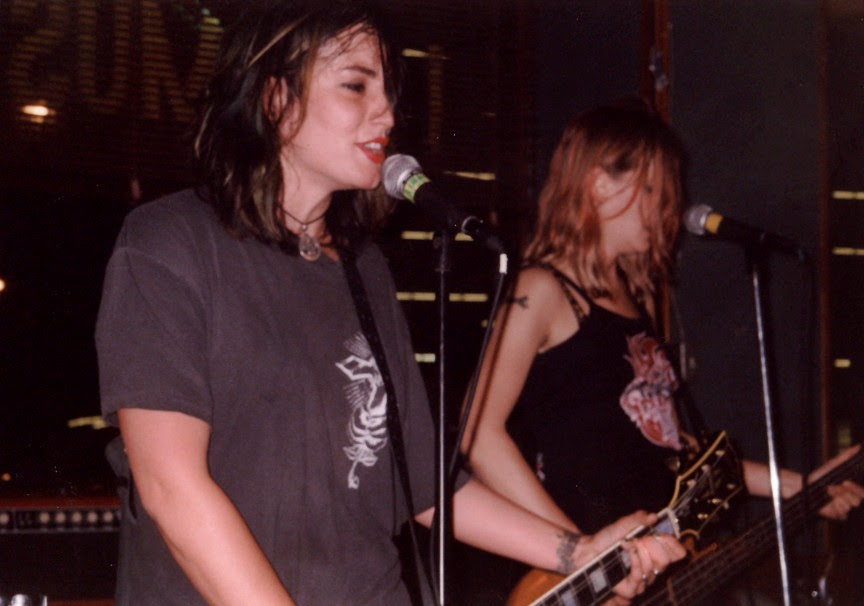 Bell was formed in 1994 by singer and guitar player Vanessa Veselka and drummer Andy Miller. They recruited Damon Romero (ex-Treehouse, Lush) to play guitar and went through two bassists named Chris before settling in with Susan Larsen on bass in mid-1997. Bell was once described as a defiant pop band, a description I'm reusing, because it seems to capture their rough around the edges approach to indie pop that pulled in elements of punk, blues and rock. At times they sounded almost like a more pop, less angry, more country and blues version of The Gits. The band broke up around 2000. This photo is from a show in 1999 at The Breakroom in Seattle.


Vanessa later formed The Pinkos with Steve from The Gits, they put out a number of releases on Empty Records and played together for a couple of years. She now performs under her own name backed by a few musicians, check out a few song here (warning, it's super mellow).