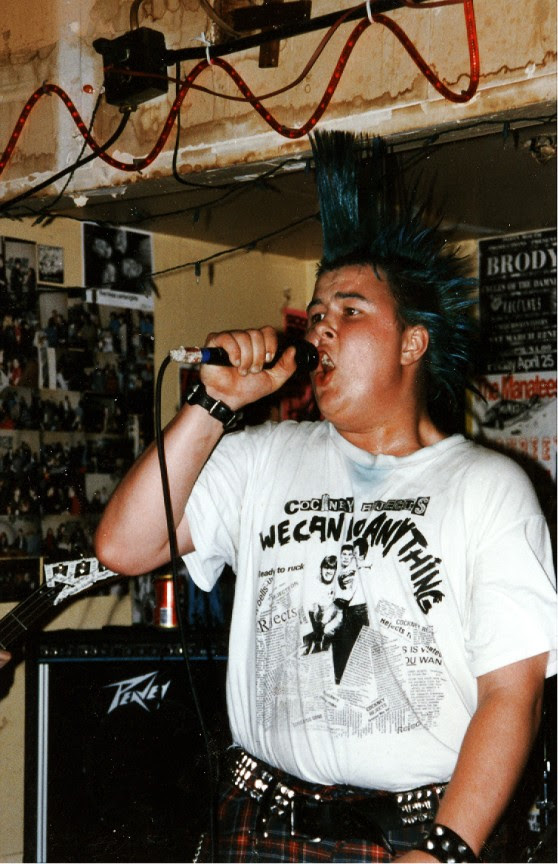 The Degenerats were around in the later half of the '90s, this shot is from around 1998 I think at Uncle Rocky's on Seattle's Capitol Hill. This band is not to be confused with the '70s punk band of the same name. The band released one self-titled 7" on Outcast Records and were also on the first 10 Things compilation, you can hear their song "Crash the Establishment" here. Larry now lives in Oakland and plays in Jesus Fucking Christ and singer Nils is no longer a pudgy red-faced punk kid, he sings for The Greatest Hits and plays bass in The Shy Ones.

Email ThisBlogThis!Share to TwitterShare to FacebookShare to Pinterest
Labels: The Degenerats