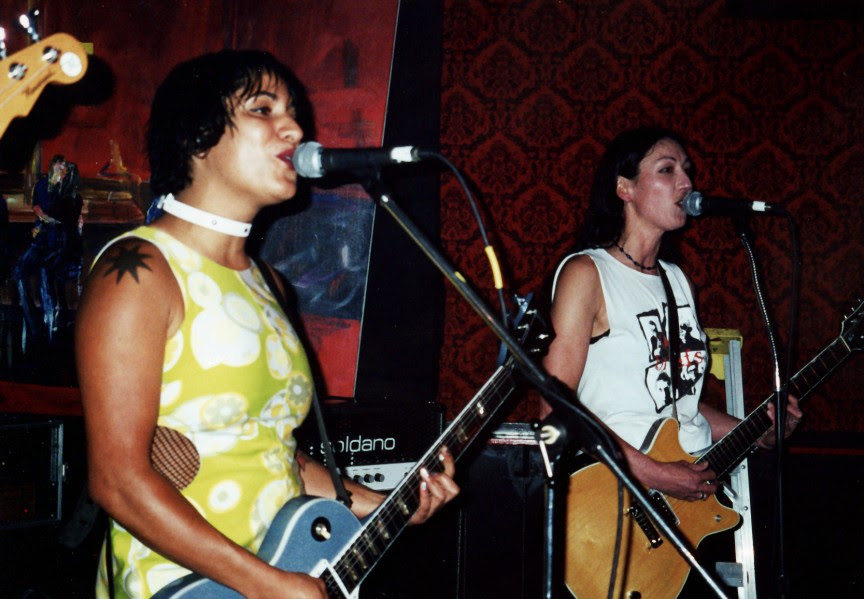 Seattle band The Rotten Apples have had a bit of revolving door in band members over the years, but their one constant is frontwoman Dejha Colantuono. Dejha's vocals are smoky and powerful, and the band's pop punk meets rock'n'roll is always catchy and fun. The lyrics can go from being tough and strong to hopelessly romantic and back again, often telling a story and painting a picture that really draws you in. Their debut LP "Tuff Enuff" came out in 2002 on Empty Records, it was re-released by Sonic Boom Records in 2004. The album is great and definitely worth picking up. In 2006 they had a single out on German label Trash 2001 Records. I'm not sure the current status of the band, but you can hear a few songs and get more info here. This photo was shot at the Sunset Tavern in Ballard in 2000.