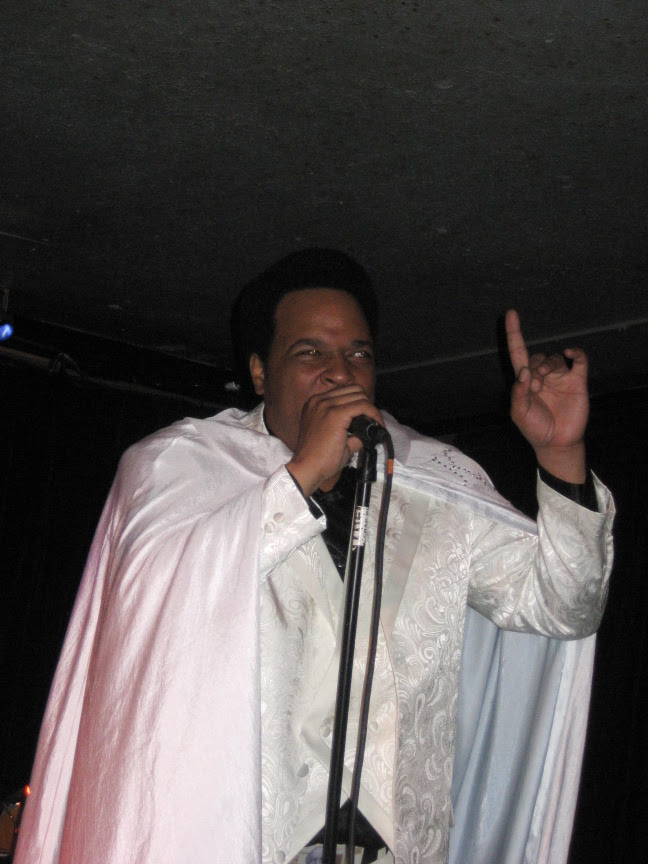 Dressed in all white, from head to toe, he put a CD in the player and walked on the stage with an air of mystery... then laid down some catchy and crude lyrics, mostly about himself and his body parts, in a great '80s funky influenced hip hop style. His name is KingDRO, which like all rappers, he told us quite a few times in his songs. This guy was hilarious and his music rocked when he opened for Blowfly two nights ago, he seemed like old school Seattle, which he may be, he was a little older, wiser, and had an old school feel about him. For more info or check out his music, go here: myspace.com/pimpdynasty And check out KingDRO's fucking Space Needle cape... awesome!!! 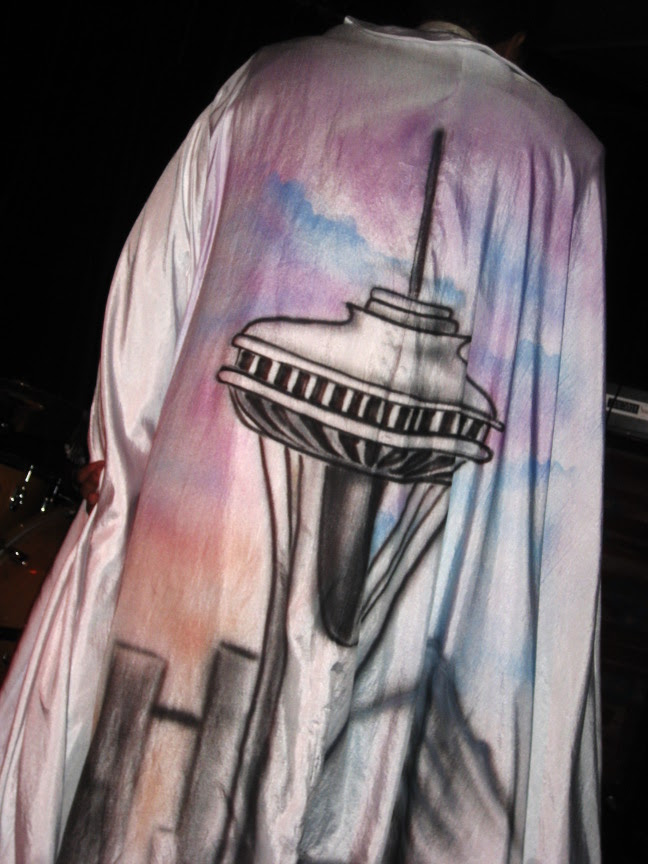 Email ThisBlogThis!Share to TwitterShare to FacebookShare to Pinterest
Labels: KingDRO