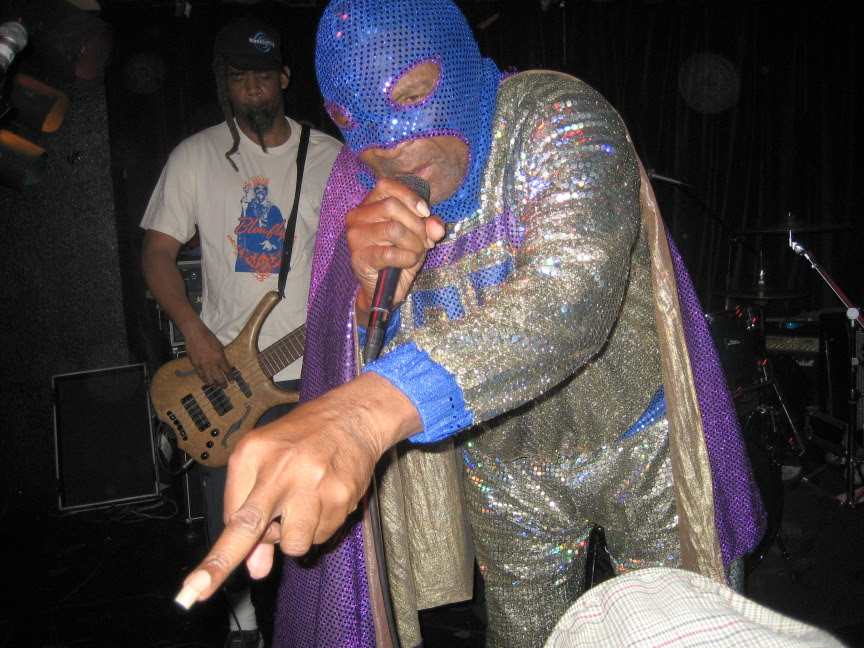 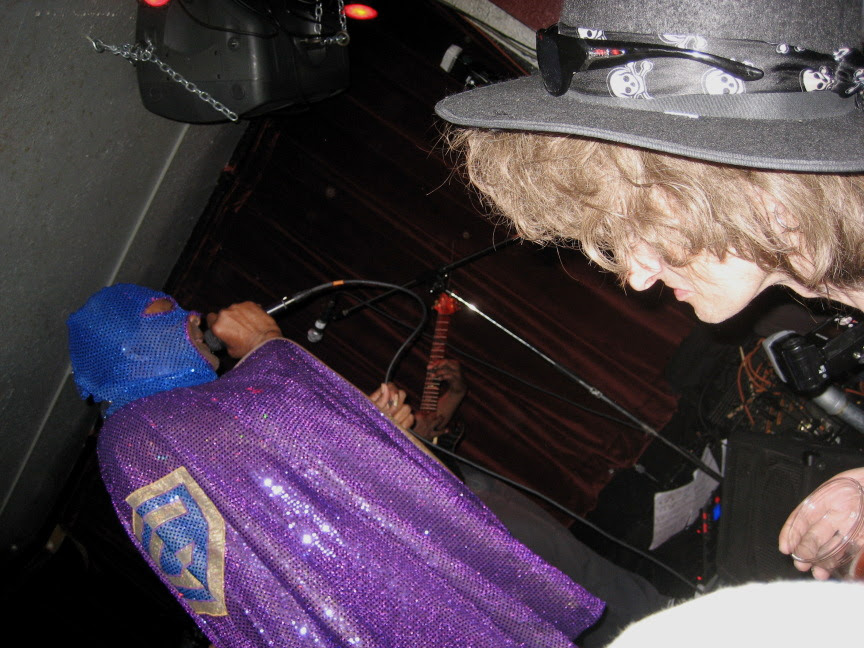 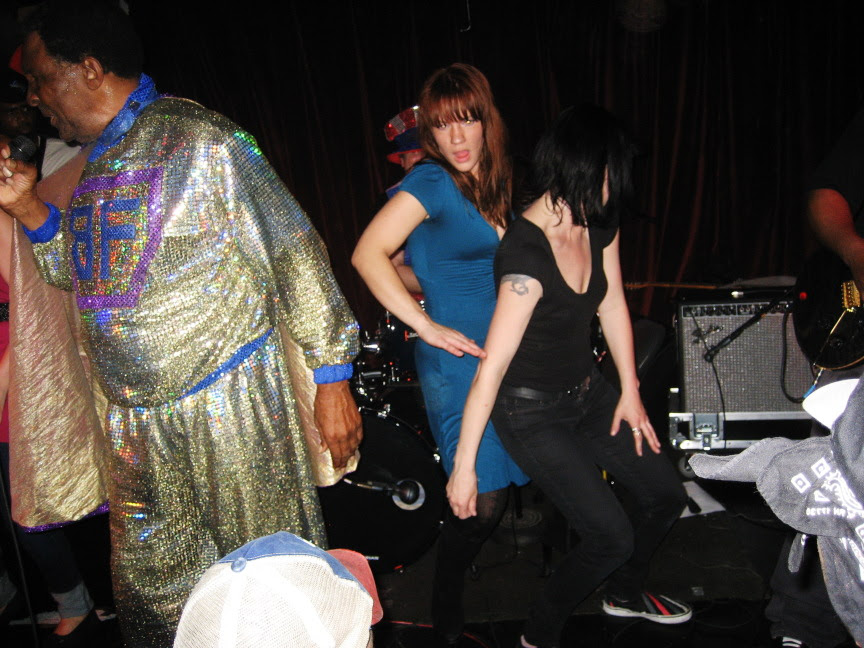 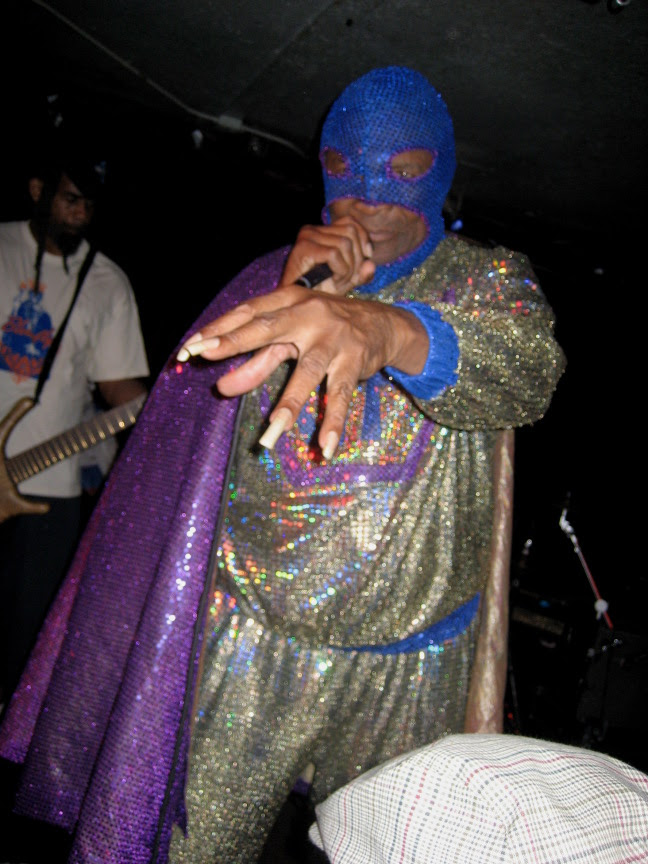 Blowfly headlined possibly the weirdest show I've seen at Funhouse in ages Wednesday night. Two old school dirty rappers paired with two punk bands playing between their sets. Southern don't give a fuck punks Anti-Seen and Blowfly are actually touring together, someone with pure genius set that up. But in a way it makes sense, Blowfly's last album from 2006 was on Jello Biafra's Alternative Tentacles label and it has a bunch of punk songs redone as hip hop songs (the album is called "Blowfly's Punk Rock Party"). On the album, the Dead Kennedy's "Holiday in Cambodia" has become "R. Kelly in Cambodia" (featuring Jello Biafra as R. Kelly's attorney), Black Flag's "TV Party" is "VD Party," The Clash's "Should I Stay or Should I Go" is "Should I Fuck the Big Fat Ho"... uh, you get the picture. Totally crass, dirty, but really funny versions of old punk songs done hip hop style.

Blowfly is old school, no doubt about it, the fact that he's still going strong with his shtick 35 years later is amazing. Perhaps it's because he's been able to draw different crowds through the eras and now seems to be courting a punk/alternative audience. And let's face it, his act is pretty sloppy and goofy, I'm not thinking mainstream audiences would buy into it at all. But in dark sweaty booze-filled clubs, an old dirty rapper wearing a sequined superhero suit is the shit, crowds eat it up, girls dance dirty on stage, the whole audience sings and dances along. And such was the show at Funhouse a few nights ago, Blowfly brought the freak, and the audience got their freak on.

Blowfly was born Clarence Reid back in 1945. During the 1960's and early '70s he mostly was a songwriter for other acts, including KC and the Sunshine Band. But even as early as 1965 he has recorded his own material under the name 1965, including the single "Dirty Rap." After performing his own dirty versions of popular songs at parties for a few years and unable to find a label daring enough to release them, in 1971 he self-released his debut album "The Weird World of Blowfly." By that time he had his stage persona/alter-ego fully taking shape and the cover of the album featured Reid in an early version of is Blowfly super hero costume.

Throughout the '70s and '80s Blowfly continued to put out albums and tour occasionally, also occasionally running into legal trouble for his "interpretations" of popular songs done in his personal dirty style. As kind of a cult hero as the first dirty rapper, his old music was sampled by tons other artists, including Puff Daddy, Wu Tang Clan, Beyonce, Ice Cube, The Jurassic 5 and 2 Live Crew. This only secured Blowfly's legendary status. He signed to Alternative Tentacles in 2005 and two albums followed... then he laid low for a few years, but with the current tour, he seems to be back in action, I wouldn't be surprised to see another album in the near future.

Oh, and he has the creepiest looking vampire fingernails, check out the picture!