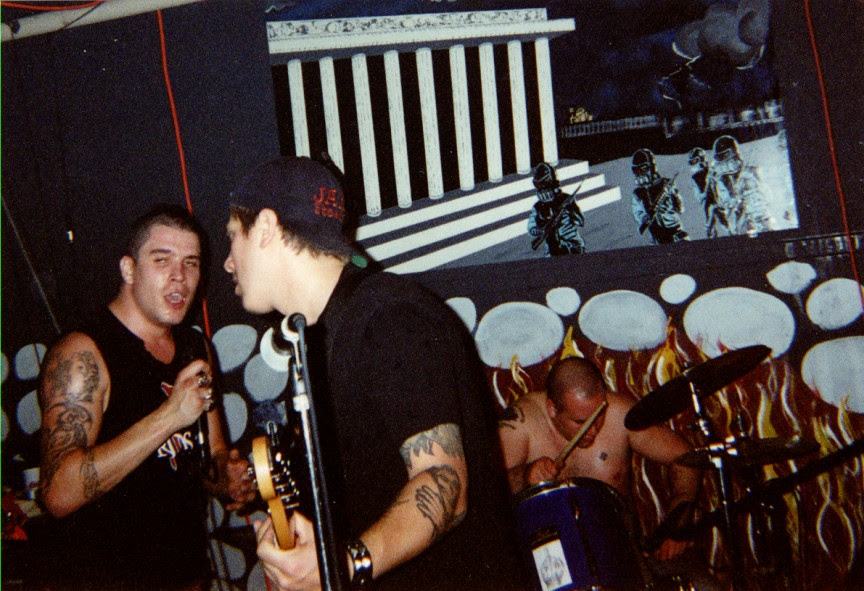 Formed in 1979 in Vancouver B.C., The Dayglo Abortions were one of the early Northwest punk bands to gain national attention (uh, I guess that's international attention). The Dayglos are a band that never shied away from controversial lyrics, songs and album covers, which led to them getting prosecuted for distributing obscene material over the album art on 1986's album "Feed us Fetus." The thing is, as crass and as rude as the band could be, their political criticisms, especially of the U.S. and our politicians, was generally spot on. Musically the band wavered around a bunch from punk to metal to crossover/thrash. Many people think they hit the mark best on 1987's "Here Today, Guano Tomorrow," which incidentally is one of the only punk albums to be released on 8-track. There is a Dayglo Abortions fanpage here with a few songs and more information.

What great bunch of guys. I met them in '86 when they opened for Raw Power at some place I foroget the name of down on Elliot. Me and Ed from The Dehumanizers follwed them and Raw Power down to Portland and then back up to Vancouver where we dropped acid and partied at the Abortions house until like 3:00 the next afternoon. I then caught a bus back to Seattle and went to work the next day. Ahhh, to be 21 and have zero responsiblity again.

Oh yeah and their drummer made the best rock face ever while he was playing.

Great story, thanks for sharing!