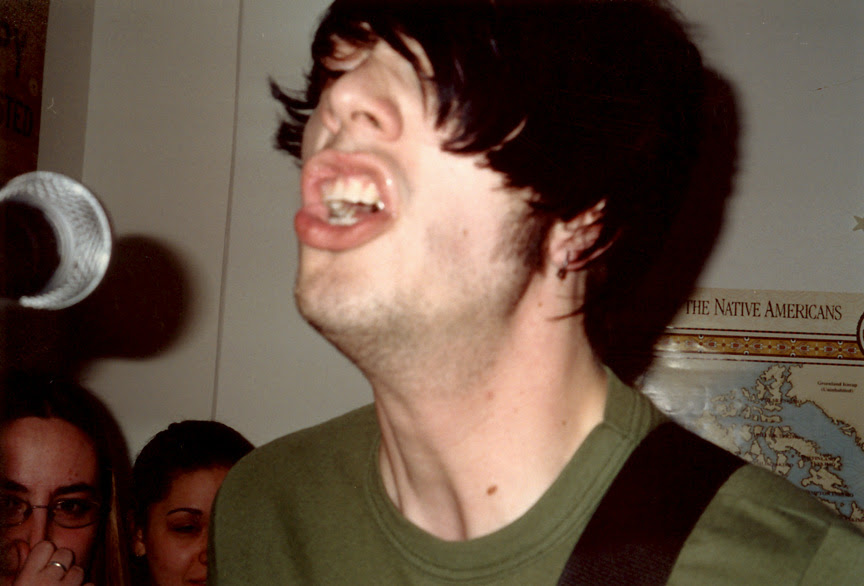 This is Vendetta Red, rockin' out at a party in their living room in their place in the U-District around 2001... just before they broke big nationally. Vendetta Red is one of those local bands that may have got too big, too fast. After self-releasing and EP and doing their first West Coast tour in 1999, the band got signed to Seattle label Loveless and released their debut LP White Knuckled Substance in late 2001. They played very catchy indie rock with some punk elements, it was no surprise the record got them radio play and a lot of press. They almost immediately were offered a record deal by Epic Records, which they jumped for. The next few years were a blur of releases, Warped Tour shows, interviews and touring that seemed to take a toll on band members (not to mention the negative reaction to their hype from local Seattle music fans). Instant fame isn't all it's cracked up to be, they moved through band members and the struggle got to be too much for the band, which was apparent in their "we're breaking up" email in 2006. In some ways I bet they wish they had stayed smaller, because at this party pictured here, the entire room was packed full of friends and fans. Everyone was totally into it, the audience was one with the band, the energy was fantastic, and I swear... I thought the floor was going to cave in with everyone jumping up and down dancing and having so much fun.