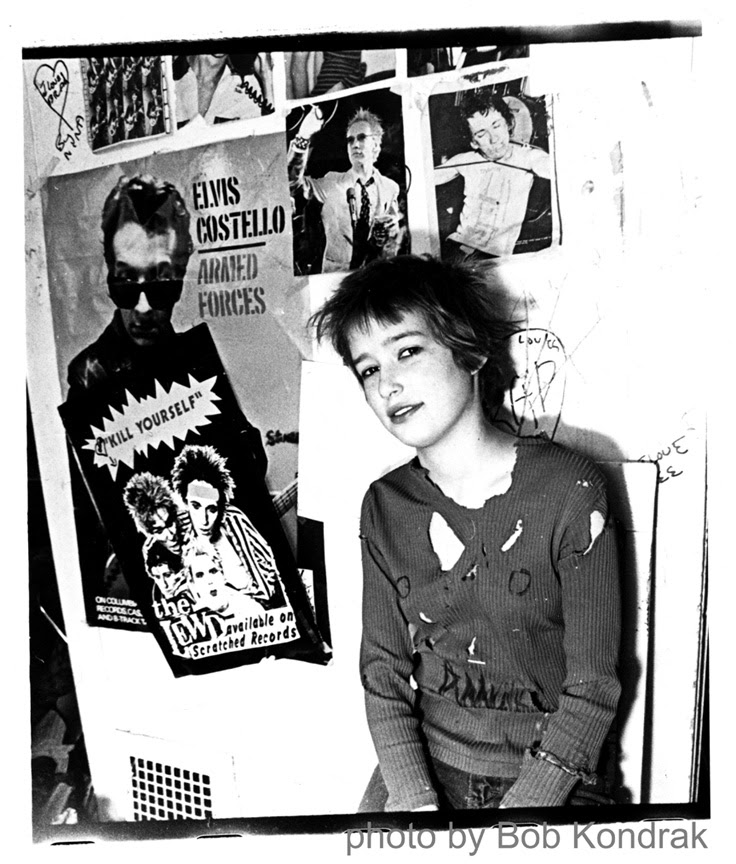 This is one of my favorite photos from the 1970s punk scene. There are 5 or 6 really well-known photographers of this era that have a large body of work, which is usually available through books and websites. I've paid up to $150 for a great live print of a band like The Germs, I'm a big fan of this era of punk and definitely appreciate a photo that seems to have captured the mood and feeling of early punk. But this isn't a well-known photo by a famous punk photographer, you probably haven't seen it unless you read my old zine. This was shot by a local Seattle guy named Bob Kondrak (who shot the Avengers photo I put up yesterday). Bob and I talked one day back when I was doing 10 Things about him contributing some photos and writing to my zine. Little did I know until I started to see his photos that he had a wealth of great stuff dating back to the '70s that really hadn't seen the light of day. This is my favorite of the bunch, a punk kid in 1978. I love everything about it. The DIY cut-up and drawn on punk shirt, the spiky hair, they curious but cynical look, the androgyny (is it a girl or a boy?)... to music posters on the wall, like the Elvis Costello poster with a Lewd poster slapped on top of it. It's almost like Bob captured a moment of calm, surrounded by punk chaos, probably back stage at some club or in the corner of the living room of an early punk house. It makes me wonder how many other cool photos that capture this era are out their lurking on people's photo albums that really ought to be scanned in and shared.

Great photo by a great guy, Kondrak was really cool